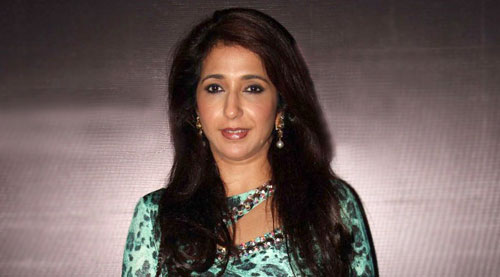 In her short stint as a producer, Krishika Lulla has now delivered an all-time blockbuster Tanu Weds Manu Returns in collaboration with Aanand L. Rai. While the celebrations are still continuing even as the Rs. 30 crore budgeted film inches towards the Rs. 150 crore mark, Krishika is set to put on floors yet another controlled budget film, Banjo. The film is also special since it is set to be National Award winning Marathi film director Ravi Jadhav's debut in Bollywood.

"Krishika has always believed in high concept films with good production values that go as per the stage and setting of the story to be told. Earlier this year she also tasted success with NH10, a hard hitting drama with Anushka Sharma. Now Tanu Weds Manu Returns is just a few lacs away from finding place in Top-10 money spinners of all times. Krishika could have gone ahead and launched a Rs. 50 crore budgeted film next. However she is not going to do that just because her stint as a producer is being fruitful. She is committed to make Banjo, a medium budget film, and that is where her heart lies in," informs our source.

After all time blockbuster Tanu Weds Manu Returns, Krishika moves on to Banjo

Ravi Jadhav, who started his career with award winning Marathi film Natrang (2010), is the man behind some of the biggest superhits in Marathi, including Balak-Palak, Timepass and Timepass 2. Now he is all set to call the shots for Krishika's Banjo which is a musical drama. The film is set to feature three young actors and the names would be revealed pretty soon.

So how is Krishika moving on from films as diverse as NH10 to Tanu Weds Manu Returns to Banjo?

"See, the films that I usually do are the ones that belong to fun genre. Even if you pick up my earlier films, be it Desi Boyz or Chalo Dilli, these were fun films. That's the kind of cinema I really enjoy making. And then when something as diverse as a NH10 or a Tanu Weds Manu Returns or a Banjo comes in, I look at accommodating them," says Krishika, who has also produced live-animation Ajay Devgn-Kajol starrer Toonpur Ka Superrhero as well as Raanjhanaa.

No wonder, looking at Ravi's credentials as well as his basic concept for Banjo, she was game to produce it.

"Ravi has been going great guns. For four of his films, he has won a National award. He is delivering superhits too. His films have opened the Marathi market so wide. I hope that he brings in a difference to Bollywood as well," Krishika signs off on a hopeful note.