Last Updated 27.09.2022 | 4:54 PM IST
feedback language
follow us on
Bollywood Hungama » News » Bollywood Features News » Abhishek Bachchan and Aishwarya Rai Bachchan pull one over on Zeenat Aman and their mischievous prank will remind you of your childhood!

On more than one occasion, co-actors and colleagues have maintained that Abhishek Bachchan has been a prankster on the sets. Looks like he was like that since childhood! And guess who is proof of it? Zeenat Aman. The actress, who has done many films with Abhishek’s father Amitabh Bachchan including Don, reminisced about how Abhishek was a prankster since childhood and how the latter’s wife Aishwarya Rai Bachchan too is no different. 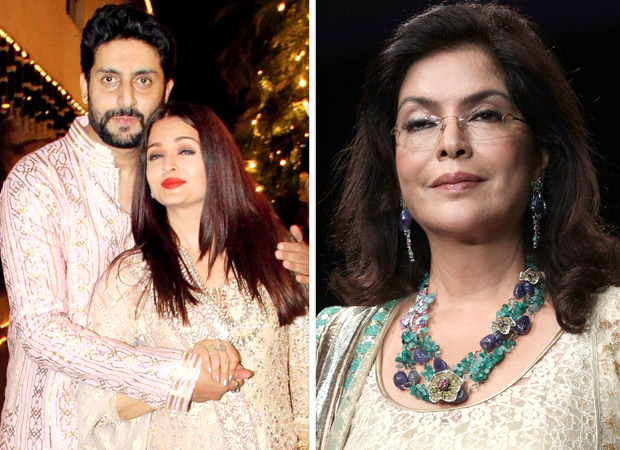 Abhishek Bachchan and Aishwarya Rai Bachchan pull one over on Zeenat Aman and their mischievous prank will remind you of your childhood!

Zeenat Aman, who recently attended the reality dance show Super Dancer 3, recollected the time when she was shooting the film Pukar with megastar Amitabh Bachchan. It seems that Abhishek Bachchan too accompanied his father on the sets of the film and has pulled one over many of them from the crew and also Amitabh’s co-stars. During one such occasion, the young Abhishek used to often ring the bell of Zeenat’s room and run away. While initially she wasn’t aware who was doing this, she later ended up catching him red-handed.

Yesteryear diva Zeenat Aman revealed on the show that Abhishek Bachchan always had a trick up his sleeve and that after marriage, his partner-in-crime turned out to be Aishwarya Rai Bachchan. It seems that the couple continued the tradition when they were invited for dinner at Zeenat’s house after they tied the knot. It seems that both Abhishek and Aishwarya rang her doorbell and ran away. Obviously, her revelation left everyone around her in splits.

Besides Zeenat Aman, the show also featured other actresses like Bindu and Aruna Irani. Just like Zeenat, the two of them too were seen having a hearty time, laughing and remembering those yesteryear times in Bollywood.

Also Read: Hrithik Roshan and Abhishek Bachchan comment on this quirky post of Deepika Padukone and here’s what they have to say!