Well, Ira Khan has referred to her father as one of the coolest fathers in the past! Keeping up with that image, Aamir Khan indeed had an interesting way of wishing his eldest son Junaid Khan on his birthday. And what more? It had a Rani Mukerji connect too. Aamir took to Instagram to wish his son [with Reena Dutta] on the special occasion wherein he wondered how his little Prince managed to impress Rani! 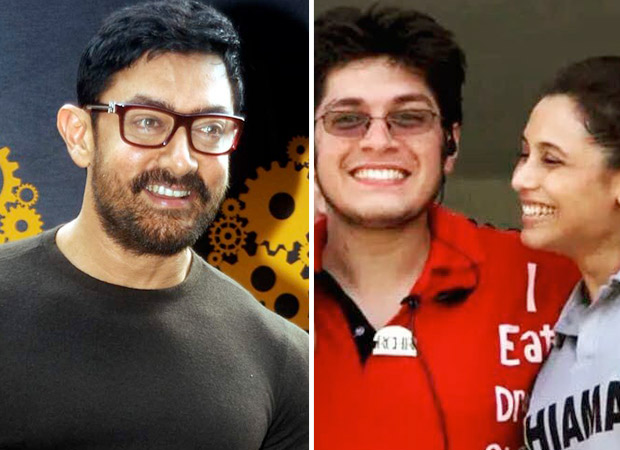 Aamir Khan posted this throwback photo of Junaid Khan and Rani Mukerji where the Saathiya actress is smiling whole heartedly! While we wouldn’t know the story behind that, what attracted our attention was the birthday wish caption. Aamir had written, “I wonder how he managed to charm Rani... I never did ! Happy Birthday Junsie.” For the uninitiated, Junaid is fondly called Junsie by his close friends and family.

I wonder how he managed to charm Rani... I never did ! Happy Birthday Junsie ????

This photo is also special because Aamir Khan doesn’t share much of his son Junaid Khan’s photos and this one is one of those rare gems!

On the other hand, readers would be aware that Aamir Khan and Rani Mukerji have always shared a great relation since their first film together – Ghulam. They further did a couple of more films together which includes Mangal Pandey – The Rising, Talaash amongst others.

Coming to his current work commitments, we hear that Aamir Khan has dived into the prep for his next – the remake of the American film Forrest Gump. The film, titled Lal Singh Chaddha, is expected to go on floor later this year.