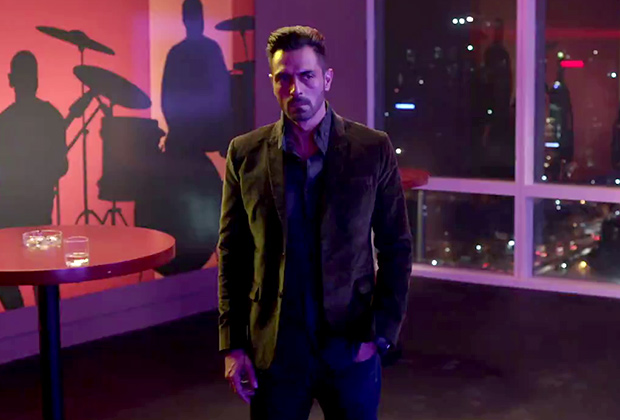 It was way back in 2008, when Arjun Rampal was seen strumming the guitar in Rock On!!. Along with wonderful credibility that he gained as an actor with a superb act in the role of Joseph Mascarenhas, he also won quite some young fans as well, who loved to see him as a musician. Since the personality of a rockstar comes naturally to him, it was a seamless integration of real and reel life for the handsome hunk.

Surprisingly though, in the 16 films that he did since Rock On!!, Arjun never played a musician again!

"That's right," comments an observer, "He has played a filmmaker/writer (The Last Lear, Roy), man in uniform (Houseful, Chakravyuha, D-Day), lawyer (Fox), politician (Raajneeti, Satyagraha), super-villain (Ra. One) and an actor (Heroine). However, being an on-screen musician is something that he has stayed away from ever since then."

One wonders if that has been a conscious call taken not to get trapped in any image per se.

"Seems likely," our insider says. "If you look at the career graph of Arjun Rampal, he has never really been trapped in a particular image. Right at the start of his Bollywood journey, he played a lawyer in a dark drama, Moksha (2001). Then, he played a blind bank robber (Aankhen) and followed it up with a couple of love stories (Dil Hai Tumhara, Dil Ka Rishta). He even took the villain route in Vaada and Om Shanti Om, the last release before Rock On!!. From playing a 50 something filmmaker in Om Shanti Om to turn into a 30 something rockstar in Rock On!! was a risk that Arjun was willing to take, and he succeeded there."

"During last decade and a half, Arjun Rampal has really matured as an actor. That shows in the variety of characters he has played in 35 odd films since the beginning of his career. Now, in Rock On!! 2, he has rocked the show all over again. Moreover, he has also adopted an altogether new look for the film. He would have fans swooning all over again once he is seen on the big screen," the insider continues.

Well, we would indeed like to see that pretty soon once the film releases all over next Friday.