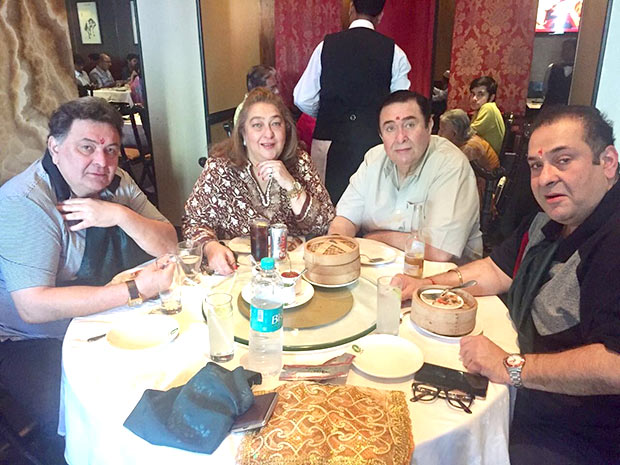 The Kapoor family- Rishi Kapoor, Rima Kapoor Jain, Randhir Kapoor and Rajiv Kapoor- got together on Tuesday to celebrate Bhai-dooj.

On the work front, Rishi Kapoor was last seen in Kapoor and Sons.