1. John Abraham has already proved himself in the political genre with the surprise hit of 2018 Parmanu. RAW casts him as an Indian spy in Pakistan. His beefy image again takes a backseat as he immerses himself into a character that is all about immersive-ness. 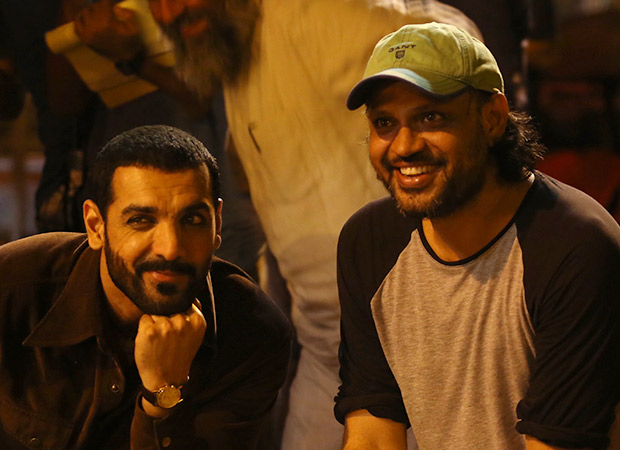 2. The mood for film exploring the relationship between patriotism and Pakistan is just right at the moment. After the thundering success of Aditya Dhar's Uri, many filmmakers are planning films on the theme of cross-border tension. RAW (acronym for Romeo Akbar Walter) was not launched to cash in on escalated hatred between the two countries. It as planned long before Pulwama or even Uri happened.

3. Originally RAW was started with Sushant Singh Rajput in the lead but got stalled for many reasons including a production scramble. Viacom 18 stepped in to produce the film in collaboration with John Abraham.

4. John's dedication to getting the part right was so fierce that he lost weight, studied the behaviour of secret agents and curbed his natural tendency to flex his muscles into portraying an undercover agent. In brief, John is every inch the spy abroad whom John le Carre would adopt in a jiffy.

5. Superficial analyses has given rise to conclusions that John Abraham plays the male version of Alia Bhatt in Raazi, merely because both play Indian spies in Pakistan. But this is like comparing Kesari with Uri because both are about defending our country. Every shade of patriotism is different. The same goes for cinema on patriotism. There is the exploitative and the credible. RAW definitely falls in the latter category.

6. Director Robby Grewal has earlier directed that underrated cops thriller Samay in 2003 which was the first cop film featuring a female actor (Sushmita Sen) where the actor's gender did not define her attitude to the khaki uniform.

7. RAW comes in isolation. It has no competition when it opens this coming Friday. Unless we see the blatantly propagandist Narendra Modi bio-pic as competition for a film that is original and uncompromising.