There had been a huge buzz later last year, as the Hollywood sensation Will Smith made a visit to India. The international icon started the year with a unique and interesting show titled 'Bucket List' wherein every week he unfolds a set of real-life adventures which he tries to complete everything he wants to do in life as his 'bucket list'. 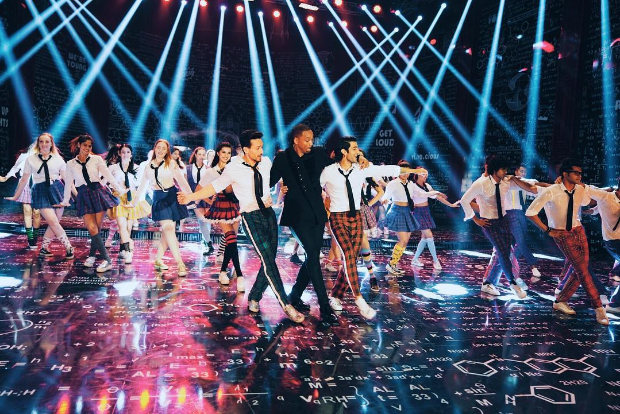 The latest episode of Bucket List will showcase Will Smith's experience in Bollywood and the superstar is now set to share the same with the world in his latest episode. For his upcoming episode, Will showcases the fulfillment of his wish to visit India and experience shooting in Bollywood. This is the last episode of Will's web series Bucket List which has 6 episodes in total and will be out on 3rd of April, 2019.

Will Smith also enjoyed a piece of Bollywood filmmaking as he visited the set of Karan Johar's Student of The Year 2 and also danced with the lead cast- Tiger Shroff, Ananya Panday, and Tara Sutaria.

So far, the actor has swum cage-free with sharks, bungee jumped into the Grand Canyon, ran a half marathon, tried his hand at stand-up comedy and experienced formula racing with his son. The upcoming episode is one of its kind as the actor chose one of the biggest film industries of the world to showcase his experience in the sixth episode of his series.

ALSO READ: Will Smith to groove on a peppy dance number in Student Of The Year 2