Films which make us proud to be Indians need not be filled with flag-waving jingoism. There are some rare Hindi films that make us feel happy to be Indians without resorting to sloganeering and pamphleteering. Celebrating the five most iconic patriotic performances. 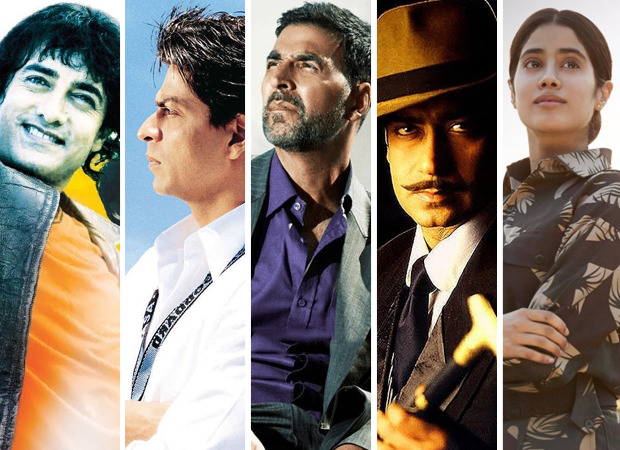 1. Aamir Khan in Rang De Basanti: From an irresponsible, carefree, devil-may-care overgrown immature student to a responsible citizen and a proud vigilante who takes to the gun to cleanse the social order of corrupt politicians, Aamir made the transition look thoroughly convincing. Director Rakeysh Omprakash Mehra gave Aamir enough leeway to improvise both as the historical Chandrasekhar Azad and the fictional Daljit Singh. This is Aamir’s most liberating performance, and one that serves as a clarion call for social awakening, no matter how, and how many times, we look at it.

2. Shah Rukh Khan in Swades: The spirit of nationalism found a heartfelt manifestation in Ashutosh Gowariker’s finest film after Lagaan where a much-celebrated NASA scientist decides to return home to India to work for the betterment of his village. The thought may appear exceedingly noble. But it isn’t as far-fetched as it seems. There are numerous NRIs abandoning their jobs to get back close to their roots. But when SRK does it baat hi kuch aur hai.

3. Akshay Kumar in Airlift: In the last 8 years Akshay Kumar has done innumerable I-love-India film. Airliftstands out. In it Akshay plays a well-to-do entrepreneur in Kuwait who evacuates hordes of Indians after Saddam Hussain’s attack. Akshay proved once and for all that true patriotism is not about talking but doing. Unlike his other holier-than-though patriotic turns this was a real hero, a flawed man turned hero under duress. A kind of Sonu Sood of stranded Indians in Kuwait.

4. Ajay Devgan in The Legend Of Bhagat Singh: In the year 2002 everyone from Sonu Sood to Bobby Deol decided to play Bhagat Singh. But it was Ajay Devgn who walked away with all the kudos, not to mention the National award for his performance as Bhagat Singh in the very talented Raj Kumar Santoshi’s last really brilliant film. The other highlight of this film was A R Rahman pitch-perfect paeans to patriotism.

5. Janhvi Kapoor in Gunjan Saxena: The Kargil Girl: As the first woman pilot of the Indian air force Janhvi Kapoor flies really high. The altitude is not so much in the sky as in every sigh that defines the young starry-eyed trainee pilot’s combat with sexism. Not one shot of the Indian flag to show how patriotic she is! Nationalism is a way of life. You either have it. Or you don’t. No need to hate Pakistan to love your own country. So let’s stop making Paki-bashing films.