A list of ten best comedy films of Bollywood won’t be complete if Andaz Apna Apna isn’t mentioned. Directed by Rajkumar Santoshi, it featured Salman Khan, Aamir Khan, Karisma Kapoor and Raveena Tandon in leading roles. Paresh Rawal, Shakti Kapoor, Viju Khote, Shehzad Khan, Jagdeep, Deven Verma etc. formed the supporting cast in this film that literally had laugh-a-minute situations. It tells the story of two slackers competing for the affections of an heiress and the madness it ensues as a result. 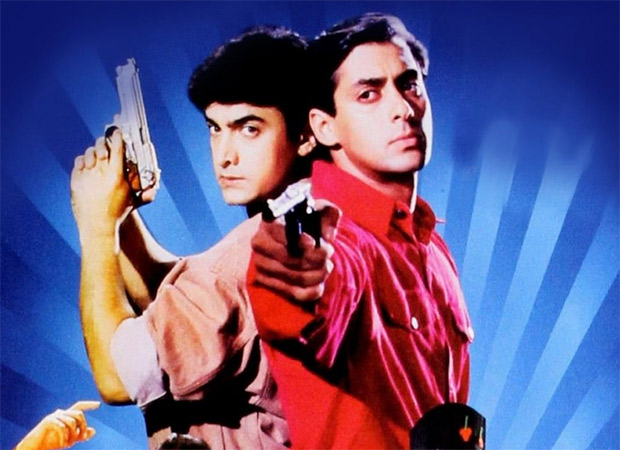 Andaz Apna Apna is today considered a cult classic for its performances, dialogues, characters and comic moments. A small reason for its popularity is also the fact that it is considered to be a flop at the box office. The fact that such a legendary flick was a commercial failure made it slightly more loved by the cinephiles. However, herein lays confusion. There are three conflicting versions about the film’s fate at the ticket window. On the 25th anniversary of this comedy, Bollywood Hungama analyses the conflicting narrative with regards to Andaz Apna Apna’s box office performance.

Andaz Apna Apna released on November 4, a crowded Friday of 1994. The festival of Diwali fell on November 3 and probably to take advantage of the festive fervour, five films hit theatres – Andaz Apna Apna, Suhaag, Yaar Gaddar, Udhar Ki Zindagi and Sardar. Yaar Gaddar also gave a tough fight but it was the clash of Andaz Apna Apna and Suhaag that was the focus of attention for the trade. Both were two-hero films. While Andaz Apna Apna starred Salman Khan and Aamir Khan, Suhaag featured Akshay Kumar and Ajay Devgn. Suhaag got a bigger release and even opened better than the comic caper. The lifetime collection of Suhaag stands at Rs. 7.09 crore. While Andaz Apna Apna earned Rs. 5.29 crore and it must have got a slight push in Week 5 when it was tax exempted in Maharashtra.

It is the Screen magazine that had claimed that Andaz Apna Apna was a hit. In its January 6, 1995 edition, it mentioned the Rajkumar Santoshi directorial along with Krantiveer, Yeh Dillagi, Laadla, Raja Babu and even Suhaag as the hits of 1994. In another paragraph, it said that Salman Khan had two hits in 1994 – Hum Aapke Hai Koun and Andaz Apna Apna with Chaand Kaa Tukda being his only flop in that year. And for Aamir, the article states that the success of Andaz Apna Apna ‘consolidated his reigning position’! 5 years ago, during the 20th anniversary of this film, producer Vinay Sinha also seconded and said that though the film went over budget and that it was shot over four years, it managed to do well at the box office.

1994 BO report from a trade magazine. HAHK hit of the century, Andaz apna apna is a clean hit, Main Khiladi tu Anari was average. Star of the year is @SunielVShetty pic.twitter.com/CxfaYYKQyP

Then there’s the popular belief of it being a flop, and it’s supported by lead actor Aamir Khan himself! In an interview to a daily in 2014, Aamir admitted that he loves the film and was a bit disheartened that it didn’t do well. Explaining the reason behind it, he stated that the public had no idea about the film being released. The distributors were unsure if they would receive the prints on time. They were apprehensive that if they put up the posters of Andaz Apna Apna and then if it didn’t make it in time to cinemas, “the public will kill them”. It was only when the delivery of prints was done on Monday and that the film was publicized from Tuesday onwards. As a result, “the film was publicised for only three days”. Aamir ruthlessly even says, “It was a big disaster. It was a washout. Kisi ne dekhi hi nahi film”

Trade analyst Taran Adarsh however states that Andaz Apna Apna was neither a hit nor a big flop and was somewhere in between. He explains, “It did well in select cities. Over the years, it became a cult classic and is today a much loved film. I remember going for its mahurat party at Sun-N-Sand Hotel.” He adds, “At that point, both Salman and Aamir were riding high. They still are! Even Raveena Tandon and Karisma Kapoor were at the top of their game. Rajkumar Santoshi had delivered a string of hits like Ghayal and Damini. The expectations naturally multiply. So probably the expectation at that time was that this combination would deliver another massy, action flick. But Andaz Apna Apna was not that kind of a flick.” How much did the delay factor affect the film’s prospects? He exults, “I don’t really feel that affected the film. And anyway, it was not that delayed. See, in today’s times, actors work in only one film at a time. But then, everyone used to do multiple films. So the delay was not a huge concern.”

Calling Andaz Apna Apna one of the finest films of Rajkumar Santoshi, Taran Adarsh even states, “Has this combination of Aamir Khan and Salman Khan come today in a film, it would have been pandemonium in the cinemas!”