Known for his acting prowess, we all know that Ranveer Singh has a screen presence that can pull crowd at any given venue. The actor showcased some of his acting chops when he was promoting his upcoming film Jayeshbhai Jordaar on the sets of the popular kids' reality show DID Li’l Masters Season 5 which features Sonali Bendre, Mouni Roy and Remo D’Souza as judges. The film Sarfarosh that featured Sonali in the lead role alongside Aamir Khan is one of her memorable roles and Ranveer took this opportunity to recreate one of its iconic scenes. 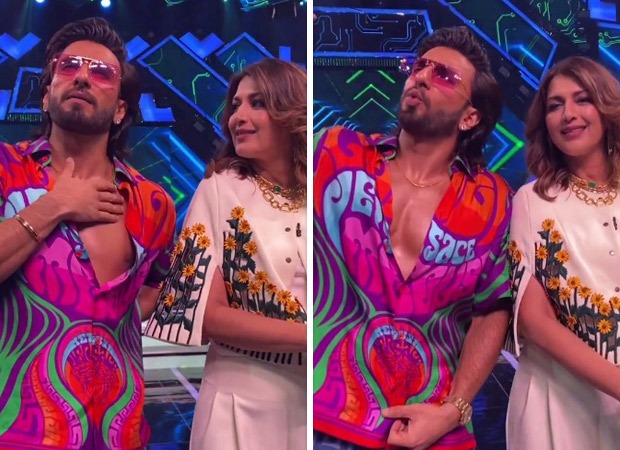 23 Years of Sarfarosh: Ranveer Singh recreates this iconic scene with Sonali Bendre from the Aamir Khan film and we love it!

Incidentally, the film Sarfarosh, directed by John Matthew Matthan completed 23 years of its release recently. What better time to pay tribute to this legendary film and its popular dialogues!

On the other hand, talking about the upcoming Yash Raj Films’ Jayeshbhai Jordaar, the film deals with the sensitive topic of female infanticide, albeit with an emotional and humorous twist to it. The film also marks the Bollywood debut of Arjun Reddy actress Shalini Pandey who plays the role of Ranveer Singh’s wife along with Boman Irani, Ratna Pathak in pivotal roles.

Also Read: 23 Years of Sarfarosh EXCLUSIVE: “The Censor Board members wanted me to remove the words ‘Pakistan’ and ‘ISI’ from the film” – John Matthew Matthan