Sanjay Leela Bhansali's hit film Hum Dil De Chuke Sanam was released 22 years ago on this day. The film starred Salman Khan, Aishwarya Rai, and Ajay Devgn in lead roles. To mark 22 years of its release, Salman and Ajay took to their social media handle to share unseen pictures from the film. 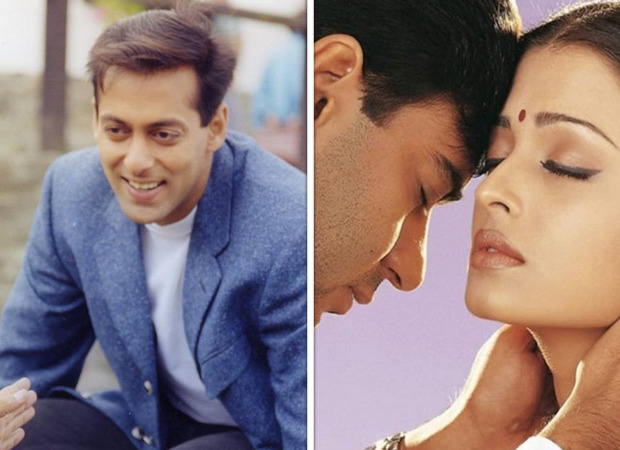 Salman shared a throwback picture from the sets of the film in which he is seen smiling at director Sanjay Leela Bhansali who seems to be explaining a scene. Sharing the picture, Salman wrote, "Baees saal ho Gaye #HumDilDeChukeSanam ko….. @AjayDevgn#SanjayLeelaBhansali@bhansali_produc”.

Ajay shared a picture from the sets of the film and two stills from the film one each with his co-stars Aishwarya and Salman. “22 years of Hum Dil De Chuke Sanam; Salman, Sanjay, Ash & I knew we were making a super-sensitive film. Didn’t think though that it would create history. Humbled,” he captioned the post.

Aishwarya Rai also shared few pictures from the film set and showered love on Bhansali. "22 years of “HUM DIL DE CHUKE SANAM”????I am reminded, by such an outpouring of love… but my dearest Sanjay… This one is evergreen… Forever… ????THANK YOU????… and to ALL our audience world over… and my everLOVING family of well-wishers… THANK YOU FOR ALL YOUR LOVE…ALWAYS❤️????Much LOVE too," she captioned her post.

The Instagram page of Bhansali Productions also shared some unseen pictures from the set featuring the three leads. “We experienced a gamut of emotions then and we’re experiencing a gamut of emotions now as we open our treasure chest ♥️ Celebrating 22 Years of living and loving Vanraj, Nandini & Sameer’s testimony of love,” the post read.

Hum Dil De Chuke Sanam tells the story of a newlywed man Vanraj (Devgn), who finds that his wife is in love with another man. He then sets out to reunite his wife Nandini(Rai) with her former lover Sameer(Khan). Realising Vanraj's goodness, Nandini falls for him.