Destiny always plays a hand as it makes one entity become the right person in the right film at the right time, while another goes wrong due to a chain of circumstances that can include everything from the mundane aspects (dates, price, track-record of filmmakers) to the deeper ones (roles, script and perception of one’s career plan). 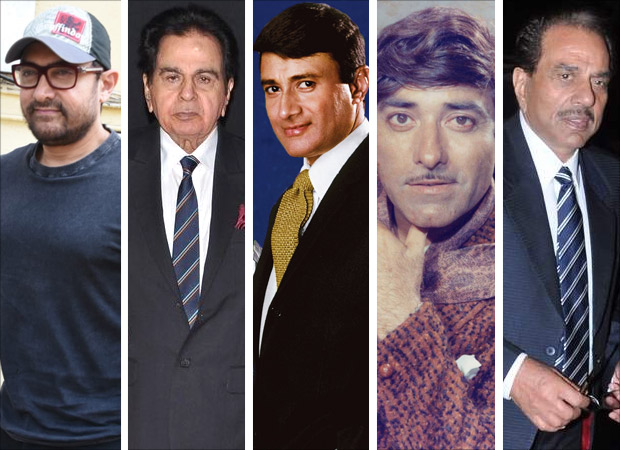 Amidst the recent improbable-sounding buzz that Zoya Akhtar had first approached Ranbir Kapoor for Gully Boy, we realize that there are a zillion examples of stars and even musicians, lyricists and filmmakers who made several such errors of judgements, as they turned out. But we zero in on those that also, unwittingly, led to the formation of great associations for those who replaced them.

Aamir Khan: For an actor who now blends the unusual with mainstream, this is difficult to fathom. That 27 years ago, Aamir Khan turned down Yash Chopra’s Darr because it was a negative role and Sunny Deol was the main hero who also gets the girl with whom his character is obsessed. Shah Rukh Khan stepped into that role and this began a very long and fruitful association with the banner, also getting his career-biggest hit, Dilwale Dulhania Le Jayenge, in the process. This, incidentally, was a film rejected by Saif Ali Khan!

Dilip Kumar, Dev Anand, Raaj Kumar and Dharmendra: This quartet of heroes from three different generations turned down the de-glam role of the intense cop in Zanjeer. Dilip Kumar saw no scope for acting in it (!), Dev Anand actually wanted at least one lip-synched song, and first choice Dharmendra’s relative was offered the script and could not produce it at that time, as per co-writer Salim Khan. Raaj Kumar had the weirdest reason: he could not stand the aroma of producer-director Prakash Mehra’s hair oil!

And so began not only Amitabh Bachchan’s upswing and his long and blockbuster association with Salim-Javed, but also the long bond (until 1989) between Prakash Mehra and Amitabh Bachchan that created so many super-hits.

Kareena Kapoor Khan: Kareena Kapoor Khan turned down Aishwarya Rai Bachchan’s role in Hum Dil De Chuke Sanam at a time when her debut film Refugee had not even been released. Had she taken it up, three things would have happened: first, she would have made her debut six months earlier, second, she would started her career with a hit, and three, Sanjay Leela Bhansali would—possibly—never have had an association with Aishwarya that went on to include great performances in Devdas and Guzaarish. The lady also had the distinction of figuring twice in Sanjay Leela Bhansali’s list! She signed and then backed out of Goliyon Ki RasLeela—RamLeela, spawning another, deeper association—between the filmmaker and someone who is almost his muse—Deepika Padukone!

Nadeem-Shravan: Just when they had uprooted Laxmikant-Pyarelal from the prime perch as composers, Nadeem-Shravan turned down Baazigar from Venus, and Anu Malik not only began a long association with Shah Rukh Khan (with whom he had worked in the tepid Chamatkar) and directors Abbas-Mustan but also lead to a 15- year association with the music company in their own productions.

More important: with Baazigar, Anu Malik replaced N-S at the top (after their short-lived span of a couple of years!) and went on to rule the music scene for a dozen more years! 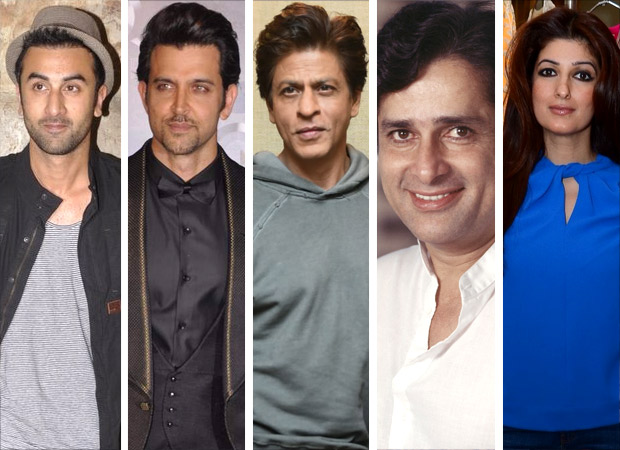 Ranbir Kapoor: He made the prime blunder by turning down Dil Dhadakne Do, for reasons unknown. This was mysterious especially because he green-lit films like Roy and Bombay Velvet around that time! The film went to Ranveer Singh, who now has Gully Boy in his bag at least partly due to his scene-stealing performance in the earlier film!

Roshan: The late ace composer Roshan, who was Hrithik Roshan’s granddad, rejected Dosti (1964), the Hindi remake of a Bengali hit, because he considered it a story “about a blind beggar”! An indignant producer Tarachand Barjatya took on the upcoming Laxmikant-Pyarelal, who had been arranging music for South Indian films that he was dubbing and distributing in Hindi—and the rest is history. With this, L-P also began very rewarding associations with lyricist Majrooh Sultanpuri and director Satyen Bose (besides the producer) but also grabbed their first award and made their first solid impact in a scenario dominated by Shankar-Jaikishan.

Sahir Ludhianvi: When top name and studio giant S. Mukerji (Kajol’s grandfather) and Nasir Husain (Aamir Khan’s uncle) signed lyricist Sahir Ludhianvi for Tumsa Nahin Dekha, a breezy confection featuring a still-flop star Shammi Kapoor and a top name in composer O.P. Nayyar, the lyricist would chide the film’s director about making a trivial entertainer. Then at the top and commanding a huge price, Sahir kept extolling Guru Dutt, with whom he was making Pyaasa. After the title-song was recorded, Nasir Husian chucked Sahir out, saying, “I don’t want to be a Guru Dutt!” and signed Majrooh Sultanpuri. Their super-hit association was to last from that 1957 musical hit to 1992’s Jo Jeeta Wohi Sikander!

Shah Rukh Khan: Shah Rukh Khan reportedly could not do Munna Bhai MBBS due to his back problems, but his name features in the end-credits list of acknowledgements for some creative inputs in that 2003 blockbuster. However, he was thus responsible for creating an unforgettable Rajkumar Hirani franchise with Sanjay Dutt in the role. It is also unlikely that the director would have made Sanju, the senior actor’s biopic, had SRK still remained a part of both the Munna Bhai films. Much later, SRK even rejected 3 Idiots and cursed himself, but that would have probably meant just one film more—PK.

Shashi Kapoor: Here is where this unlucky star cannot be blamed, exccpt maybe for not doing quick damage control. As Hrishikesh Mukherjee’s story ‘Anand’ was inspired by his unique friendship with Raj Kapoor (how interesting it is that all three are now Dadasaheb Phalke laureates!), he wanted Shashi Kapoor for the role, but Shashi’s secretary demanded an absurd price. And the Rajesh Khanna-Hrishikesh Mukherjee association went on to include Bawarchiand Namak Haraam. Also, we film buffs missed what would have been the first Shashi Kapoor-Amitabh Bachchan outing, with Shashi dominating for a change!

Twinkle Khanna: At the 20th anniversary event of the film, in a spirit of fun, Twinkle Khanna, known to friends as Tina, told Rani Mukerji that she owes her career to her! Karan Johar admitted that Twinkle had rejected her role in Kuch Kuch Hota Hai that began Karan’s and Rani’s personal and professional bond. Karan was even disappointed with Twinkle’s rejection and said that he has written the role with Twinkle in mind. And guess what? Rani’s character was named Tina!