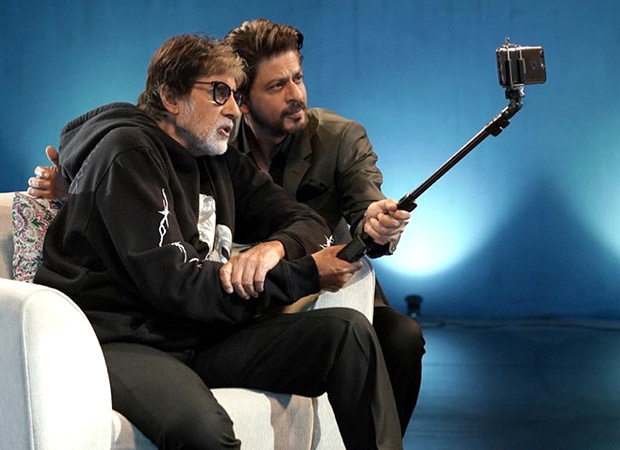 Amitabh Bachchan dropped a bomb candid on Instagram where he is posing for a selfie with Shah Rukh Khan and we are all losing our minds over it! Two legends in a frame is literally all we need to drive our Monday blues away. It is after long that we’re seeing the Raichand’s (get the reference?) come together. Even though they won’t be seen sharing the frame, we’re just excited for the project. Amitabh Bachchan captioned the picture as, “Those singing together selfies ..” Take a look at the picture.

Those singing together selfies ..

Taapsee Pannu and Amitabh Bachchan starrer Badla will be hotting the silver screens on March 8, and will be clashing with Marvel’s Captain Marvel. It is also not coincidental that both these movies are releasing on International Women’s Day.

Also Read: Amitabh Bachchan expresses ANGER over women being discriminated for being Hepatitis B patients

Alaya F shares an assortment of tips to stay…