Gully Boy, helmed by Zoya Akhtar, is making right kind of noise. The film, starring Ranveer Singh and Alia Bhatt, is a story about underground rapper rising from the slums to the top. The story is inspired by the lives of rappers Vivian Divine and Naezy. The ensemble cast is also receiving a lot of praise for their performances especially the debutante Siddhant Chaturvedi. From starring in web series to making his way to the films after six years of struggle, the young actor has become 2019's breakout star. 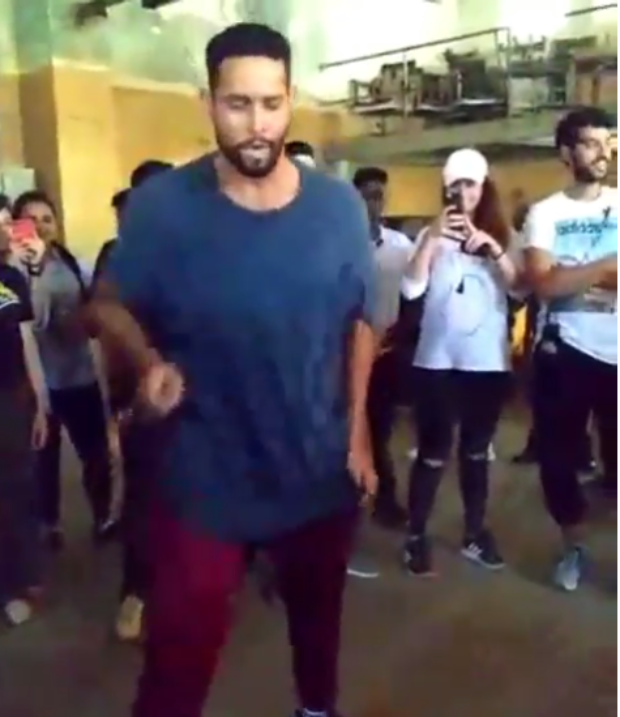 Siddhanth Chaturvedi, besides acting, loves to dance and is a trained dancer. In a behind the scenes video that is doing the rounds of social media, the handsome man is definitely busting out killer moves."#behindthescenes Our Gully boyz cypher with @siddhantchaturvedi. AKA MC SHER dance skills dikhate hue machate hue .... Sharing energy and vibes..Hip-hop livin.. Blessed to be a part of the moment," the caption read.

Meanwhile, Bollywood Hungama was the first one to break the news that Siddhant Chaturvedi has bagged his first leading role in Excel Entertainment. While the audience awaits the official announcement, it is an exciting time for the newbie actor.