Madhubala: It was in her smile -- the flirtatious half-smile that hinted at more stormy secrets within. Madhubala is still considered by many connoisseurs to be the most complete woman to have ever tiptoed across the screen. Whether bantering with Kishore Kumar in Jhumroo and with Guru Dutt in Mr. & Mrs 55 or oozing oomph as a nightclub dancer in Howrah Bridge, she was the epitome of unvarnished erotica. Madhubala's highpoint as the Venus of Hindi cinema was Mughal-e-Azam, where she exuded a lethal and potent sensuality. 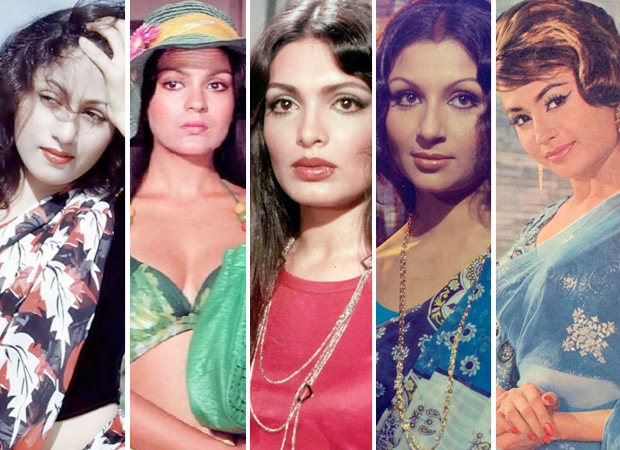 Zeenat Aman: Frisky and packed with attitude, Zeenat Aman ushered in the age of a hip and trendy heroine in Hindi cinema. As Janice the devil-may-care flower child in Hare Rama Hare Krishna, Zeenie Baby (as she was labelled by tabloids) blew the screen apart with her no-holds-barred sexuality. Knowing she wasn't much of an actress, filmmakers played on her oomph. While, it was often said, that her cleavage did the acting, Zeenat's stature as a pinup girl grew through a large part of the 1970s until Raj Kapoor overdid the oomph in Satyam Shivam Sundaram. But while she lasted, Zeenat drove men wild with her unabashed sexuality.

Parveen Babi: She first came into Hindi cinema in Charitra as the poor man's Zeenat Aman. But soon Parveen Babi had an identity beyond a cool clone. In films like Deewaar and Shaan, she epitomised the new age eroticism in the late seventies. Babi's sex appeal wasn't so much about cleavage and thighs, as hair and lips. One shake of the hair and a quiver of the lips ignited the screen.

Sharmila Tagore: Though she gained recognition as an actress through her series of "serious" roles in the 1970s, throughout the 60s Sharmila Tagore held her own as the curve queen. Petite and provocative, Sharmila shocked purists by getting into a two-piece bathing costume on the cover of Filmfare magazine. In An Evening In Paris she insisted on wearing a bikini. Director Shakti Samanta convinced her to wear a one-piece. In Talaash, Tagore clad herself simultaneously in titillating furs and a skimpy ghagra-choli to seduce Rajendra Kumar. Sharmila was always ahead of her times.

Helen: One cabaret item by her was enough to send hordes of viewers into a collective swoon. Helen was the conservative queen of coquetry. A simple refugee from Myanmar (formerly Burma) with a large family to feed, she donned the furs only to make a living. Who was to know that within no time a cabaret item by Helen would add so much weigh at the box-office? Helen virtually ruled the roost from the mid-1960s to the end of the 1980s. Her most memorable dance numbers are part of Bollywood folklore. 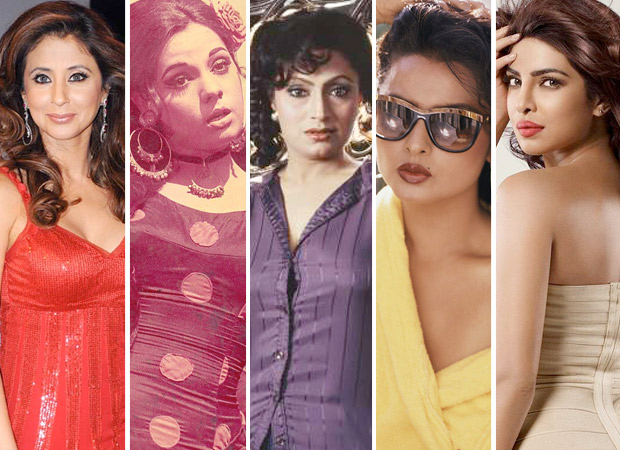 Urmila Matondkar: She came out of the blue to bathe the screen in purple desires. The minute Urmila Matondkar got on a rock Rangeela in a fabulously cut Manish Malhotra dress, a new sex symbol was born. For the first time since Zeenat Aman, oomph was no longer the vamp's domain. Never confusing vulgarity with sensuality, Urmila has virtually revolutionized the way sensuality is projected in Indian cinema -- never cheap, forever chic. She showed the way on how a heroine should project herself on screen without apologising about her sex appeal.

Mumtaz: If Zeenat Aman was the chic queen, Mumtaz was the maharani of operatic oomph. Loud, in-your-face earthy and seductive, her big-built charisma saw many films cross the finish line. From the time she was a starlet, Mumtaz had a certain quality that generated hit films. While other sex symbols down the years were reserved, aloof and unattainable, Mumtaz was the voluptuous girl next door getting into beach-wear with Feroz Khan for torrid clinches in Apradh or joining Rajesh Khanna for a romp in the rain in Do Raaste.

Bindu: Bindu epitomised the raunchy spirit. Her wide mouth, ample bust line and Amazonian hips swayed to R.D. Burman's hip-hop in the 1970s and 1980s to such volcanic effect that distributors would actually ask for one of her dances as part of the perfect formulistic package. Whether she played Ajit's Mona Darling or Prem Chopra's Shabbo, Bindu's appeal was undeniable.

Rekha: There are two sides to Rekha's sex appeal: the post- Sawan Bhadon sensuality of oozing oomph and uncontrollable appetites and the post- Umrao Jaan seductiveness of restrained emotions trickling out in a poetic tumble. Both the Rekhas are cultivated products. And yet many of her diehard admirers swear by her husky appeal, her almond eyes and chocolate demeanour.

Priyanka Chopra: As one of her favourite directors says, 'Priyanka just can't help being sexy. Even when she's playing Bajirao's wife she's seductive to the core.’

Pooja Bhatt lashes out at a troll; tells him…

Pooja Bhatt opens up about her struggle with…