Many celebrities shared about inking their finger a day as they cast their votes at Lok Sabha Elections 2019. Amongst them were also superstars like Amitabh Bachchan, Aamir Khan, Salman Khan and Shah Rukh Khan. While most of these celebrities were accompanied by their family members, onlookers were merely left surprised when Shah Rukh walked in with his son AbRam. 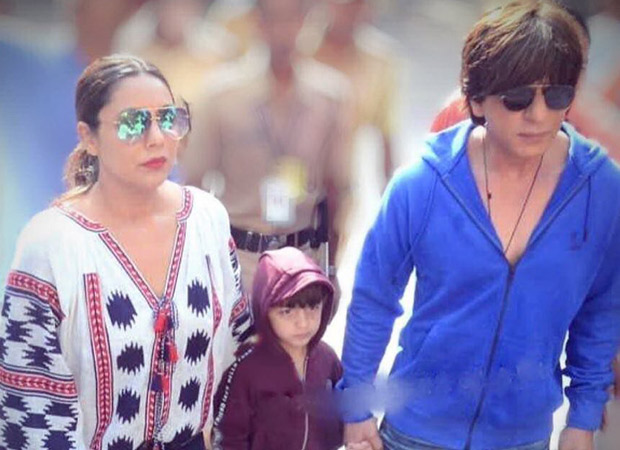 Shah Rukh Khan arrived at his respective voting booth along with wife Gauri Khan and son AbRam. Well, onlookers and media were quite surprised to see the five year old arriving at the booth. Knowing Shah Rukh Khan and his witty sense of humour, the actor had a rather interesting response on social media. Here’s what he had to say about AbRam coming for voting:

Little one was a bit confused between ‘Boating’ and Voting, so took him along to experience the difference.

Interestingly, besides him, many other celebrities had arrived with their children. For example, Kareena Kapoor Khan was snapped along with Taimur Ali Khan when she came in for voting in the morning.

On the work front, Shah Rukh Khan hasn’t made any official announcement post Zero. While there are speculations about him doing Don 3 that may not happen any time soon. The actor was supposed to be a part of Salute which was a biopic on astronaut Rakesh Sharma but the actor had quit the project earlier this year.