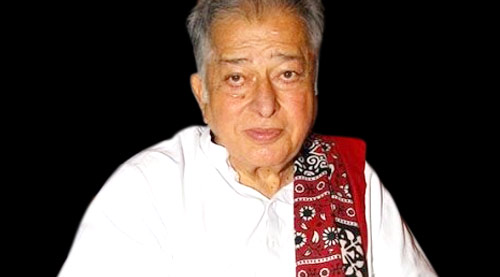 1. Dharamputra (1961) - Hard to believe this was Shashi Kapoor's first adult role. Playing a boy confused about his religious identity, Shashi more than proved he was a chip of the old Kapoor block.

2. The Householder (1963) - Playing a newly married husband who must cope with an aggressive wife (Leela Naidu), Shashi was every bit the gentle soul with trembling lips and curly eyelashes which women found irresistible. But go beyond the poster-boy image, and we see a heartfelt honest performance. James Ivory directed Shashi several times. This remains their best collaboration.

3. Haseena Maan Jayegi (1967) - In his first and only double role, Shashi Kapoor brought out innumerable nuances to differentiate between the good guy and the bad guy. It was Ram, nothing Shyam.

4. Siddhartha (1972) - Conrad Rooks' film about spiritual awakening featured Shashi as a pinup boy of the ascetic world. A pretentious film with an honest performance by Shashi.

5. Kabhi Kabhie (1975) - The entire focus was on the Amitabh Bachchan - Raakhee romance. Playing the genial husband who loves his wife although she loves someone else, Shashi brought a cascade of sunshine into Yash Chopra's romantic musical chairs.

6. Junoon (1978) - Shashi's foray into parallel cinema began with Shyam Benegal's period drama where Shashi Kapoor looking incredibly handsome on a horse, played a rebel with a patriotic cause. One of Shashi's best performances with his wife Jennifer playing a British woman caught on the wrong side of her husband's character's attentions.

8. Vijeta (1982) - Set against the backdrop of the air force this Govind Nihalani - directed film featured father and son Shashi and Kunal Kapoor trying to come to terms with one another and the world around them. One of Shashi's self-produced gems.

10. Utsav (1984) - To play the lecherous overweight role of Sansthanak - a role that Amitabh Bachchan was supposed to play--in this 2nd Century period drama Shashi piled on oodles of weight. All gone to waste as the film directed by Girish Karnad was a disaster. Shashi never cared about the boxoffice. For this Shakespearewallah actor, self-expression is the essence. And all the Prithvi is the stage.

Hungama Play’s Ratri ke Yatri takes you on a…

5 Times when Rishi Kapoor teamed up with…