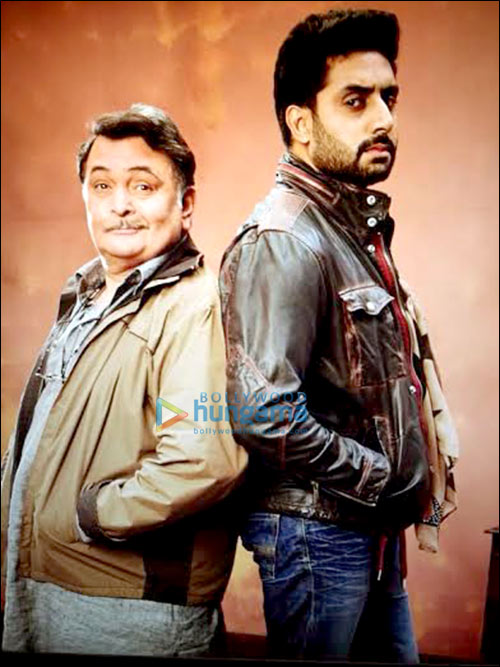 Rishi Kapoor is one man whose 'actions' never cease to become news. Of late, he was in the news because of him joining Twitter and also about the stand that he took regarding the 'beef ban'. But this time around it is the first look of his upcoming film that is making all the news!


Rishi Kapoor, who has worked with the legendary Amitabh Bachchan in much memorable films like Coolie, Naseeb, Amar Akbar Anthony etc, teams up with the latter's son Abhishek Bachchan in All Is Well, directed by Umesh Shukla. The poster has both the actors sporting jackets.


To this, Rishi even tweeted "Tinguji goes next generation Lambuji - Tradition continues with Abhishek Bachchan. In All is Well". Abhishek, on the other hand, went onto tweet that, "What an honour to be able work with @chintskap dailyâ€¦ everyday is a masterclass in acting! Love you Chintu uncle".


Produced by Bhushan Kumar, All Is Well also stars Asin, Supriya Pathak among others and is slated to release on July 3, 2015.

As The Undertaker has his final farewell,…