Sequels are a way of life today for both filmmakers and audiences, and continue to be in overdrive. With Happy Phirr Bhag Jayegi and Yamla Pagla Deewana Phir Se releasing back-to-back, 2018 has already seen films like Vishwaroop 2, Saheb Biwi Aur Gangster 3 and Baaghi 2. 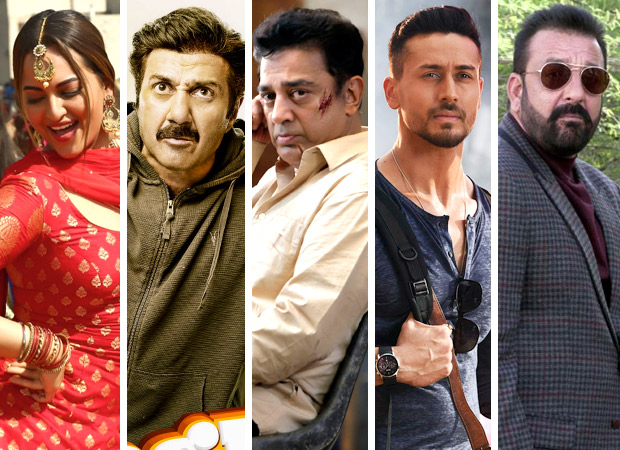 Rumours about Awara Pagal Deewana 2, Welcome Back 3, Apne 2, Ek Villain 2, Dhoom 4, Go Goa Gone 2 and Veere Di Wedding are flying high, while there are confirmations on Krrish 4 and Krrish 5, Kick 2, Dabangg 3, Baaghi 3, Hindi Medium 2, Hera Pheri 3, Aankhen 2 of the 2002 caper featuring Amitabh Bachchan, Dostana 2 and Student Of The Year 2.  And Total Dhamaal and Housefull 4 are already progressing fast on the floors.

As a rule, sequels have to be bigger in budgets, due to the earlier films being successful, but the “also better” rule is not, sadly, obligatory at all, except maybe in theory! Happy…, for example, is now more ambitious, features the A-list Sonakshi Sinha, and is shot in China. But the plot has less logic and emotional connect and is aimed primarily at cashing in on the canon.

Across the board, therefore, selecting the 10 best (not necessarily most successful, though) sequels is not a tough task, including when it may also be the third or fourth film in the series. 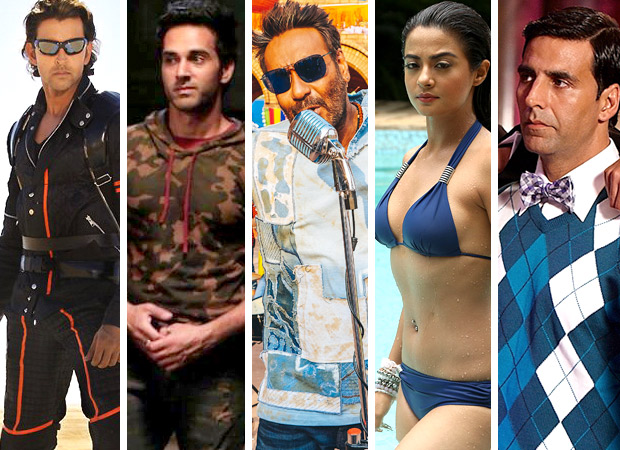 This 2006 film was the second of the series. Aditya Chopra produced the first film, Dhoom, in 2004 with the young, then-not-so-successful actors (John Abraham and Esha Deol added to the above duo) on a threadbare budget, and had planned a series even then. Its unprecedented success brought in Hrithik Roshan, Aishwarya Rai Bachchan and Bipasha Basu in the second part, alongside an international canvas and technical razzmatazz.

But what worked supremely here was the emotional connect, as the antagonist in this franchise was gray, not black.. The Hrithik-Aishwarya chemistry was lethal, and the unqiue climax added to the fan base as much as the cast and the hit music. So while it was a bigger film, it was better as well!

A far higher humour quotient led to this being a surprise delight, especially vis-à-vis the tepid prequel. The first film was claimed to be a success, but whatever the truth, we are thankful that the young generation liked the characters in it so much that a sequel was conceived. Truth be told, Fukrey Returns was Excel Entertainment’s first-ever clean hit—where everyone in the business chain earned a good profit.

Golmaal Again (2017): A Rohit Shetty franchise, with the same protagonists as in Part 3.

While Golmaal Returns (2008) was also leagues ahead of the first film, Golmaal—Fun Unlimited (2006) in being hilariously funny, the franchise, progressively, saw every film more successful than the previous one. However, Golmaal Again, with its ingenious premise of a horror mixed with comedy, was a wonderful mix of fun and emotions.

The introduction of Parineeti Chopra added to the youth quotient and the heroes were screamingly funny because of the way the script channeled their past into their present.

This has been the best of the four-part franchise. An unscrupulous politician gets his just desserts from the protagonist who had suffered terribly at his hands. Intense and crisp, the film had wonderful performances from Sushant Singh (not Rajput!) and Surveen Chawla. The branding this film helped the franchise get was sadly belied in the next two parts.

Here the comedy revolved around a house that gets packed! Part 2, despite a dollop of buffoonery, was entertainingly crafted. The basic plot had almost a Wodehouse-ian touch with Randhir Kapoor and Rishi Kapoor as the grumpy brothers at loggerheads. 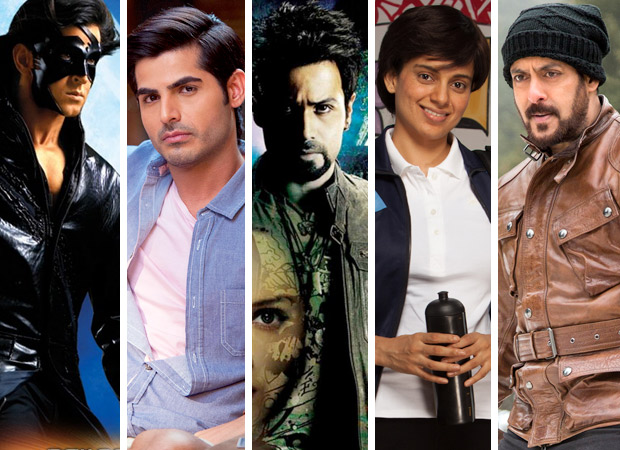 This is something even Hollywood masters have not conceived. Koi…Mil Gaya, Hindi cinema’s first “alien” movie, had a mentally-backward hero who becomes a new man after an alien touches him and passes on magic powers. Filmmaker-story writer Rakesh Roshan changed genres in Krrish, making him the father of a superhero. The sci-fi film was lavishly executed, with a sheen and polish comparable to Hollywood cinema despite a budget that was just a fraction. In both cases, it was the Emotional Quotient that boosted the other EQ (Entertainment Quotient).

Like Fukrey and Fukrey Returns, there was a quantum leap in the comic element, and the script was tweaked so as to avoid the uncongenial element in the earlier film. Business-wise, it was a comparative picture—part 1 was said to have done average business vis-à-vis its budget, but we are thankful that its popularity among the youth was enough for its team to fashion a truly inspired sequel.

This time, the music lacked the chartbuster element of Nadeem-Shravan’s Raaz (2002) that drove the first film’s initial value, and the business failed to match the blockbuster success. However, creditably, the story this time delivered a crucial social message: of how multinationals took the Indian market for granted alongside the horror. Ingeniously written, the film was an average success. This many have been because it was the first A-list film to break the supernatural genre’s inseparable bond with hit music that had existed since Mahal in 1949.

Here was the case of a committed group making a true sequel only after they had cracked a truly good idea. Director Aanand L. Rai and his writer Himanshu Sharma came in with the whopper concept of a lookalike of Tanu falling in love with Manu after their marriage hit rough weather. Obviously, even the level of humour and music went up compared to the 2011 sleeper hit. Wonderful performances from Kangana Ranaut, R. Madhavan, Jimmy Sheirgill and Deepak Dobriyal in particular helped the film notch up 100 crore.

From Kabir Khan, who is always in that twilight zone between day (bright, mainstream commercial cinema) and night (dark and real movies), producer Aditya Chopra changed to the skilled Ali Abbas Zafar, whose four films till then had been progressively much more successful. This true sequel had a more logical plot than part one, and stunning and relentless action. Salman Khan and Katrina Kaif were now married, and this time, India and Pakistan were shown collaborating on an operation against terrorists. Obviously, this was a far bigger hit, though both Ek Tha Tiger (2012) and this film topped the year’s blockbusters in business.