Alia Bhatt has of late been making headlines for her apparent link up with her Brahmastra co-star Ranbir Kapoor. While the two have kept the audience guessing about their relationship status, Alia recently headed back to Bulgaria to shoot for the film. 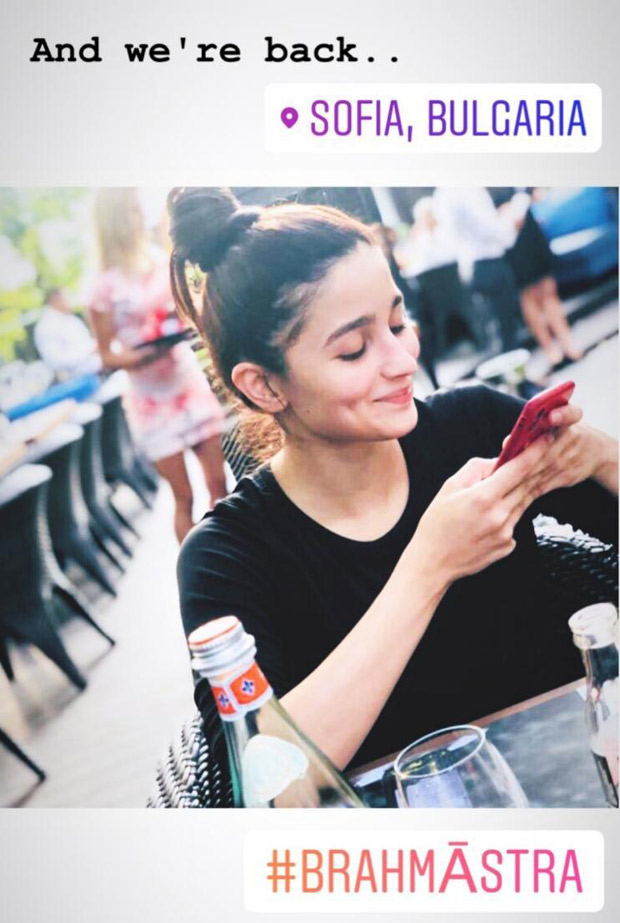 Sharing an image from the location, Alia Bhatt took to Instagram posting an image on her story that had the caption, “And we’re back..” The actress who is back in Sofia, Bulgaria, to shoot for Brahmastra seemed to be all smiles to reunite with Ranbir and the film’s crew.

As for the film, Brahmastra is said to be a first part of a trilogy that stars Alia Bhatt, Ranbir Kapoor and Amitabh Bachchan. Directed by Ayan Mukerji, the film also features Nagarjuna and Dimple Kapadia. Produced by Dharma Productions, the movie is being readied for release in 2019.