It has been raining books on Priyanka Chopra. Just a few weeks back Bharathi S. Pradhan’s Priyanka Chopra: The Dark Horse hit the stands and now Aseem Chhabra has brought out Priyanka Chopra - The Incredible Story of a Global Bollywood Star. This could well be a record where two books with the same subject and almost exact same treatment have arrived so close to each other. This is also one of those instances when the outcome is pretty much similar as well. Neither had the earlier book impressed much, nor does this one. Moreover, with Priyanka not even coming on record for this book, it is pretty much the online hunting and some conversations with a few individuals that have resulted in this 200 odd page book been written. 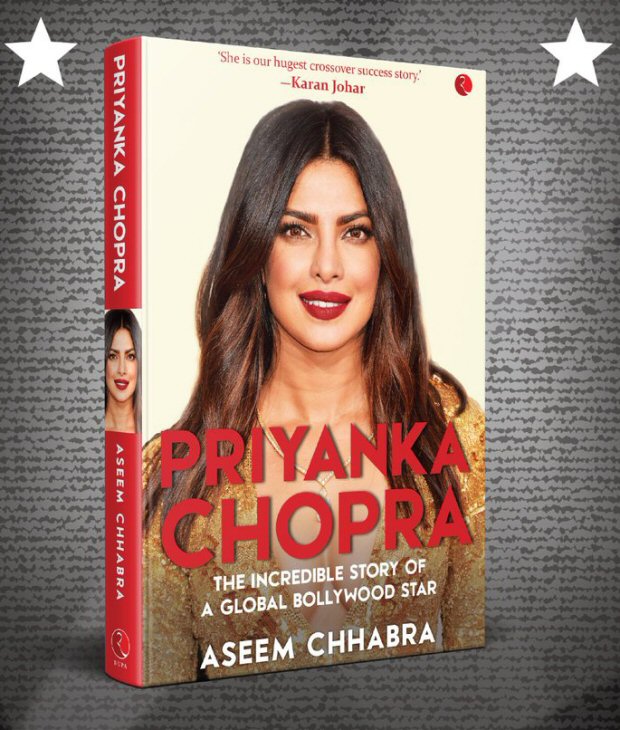 This is exactly the predicament that an author can well be expected to face when the very subject of the book is not available for a detailed conversation. You have to rely on what has already been published and then at best you can add on your own inferences to what may have happened in an individual’s life. It may still have been somehow effective a decade or so back when readers didn’t have as much easy access to online medium as they have today. Then there was still some kind of freshness to what you read in such books. However in today’s time when everything is available on a point in time basis and yesterday’s news is pretty much history in a matter of hours, there is no real novelty in reading what has already been by and large available.

Aseem does well though to checkpoint with a few bigwigs of the industry, both from Bollywood as well as beauty pageant organisers to even those who have helped Priyanka set her foot out there in the west in the world of music, television and films. However, surprisingly there is no real exciting content that comes out; especially when it comes to the people he interacts with in the West. All that you get to read and hear is about Priyanka’s go getter attitude, her never let go persona and her professionalism.

To his credit, Aseem does try to take a neutral stand too at a few times. He is critical of some of her performances as well as guffaws that she may have made in front of the world. He also challenges some of the statements made by her which seem to be contradictory. In that sense, it is good to see him take a tour beyond being a fan boy.

However all of that may have been far more effective had the book been thoroughly exciting right through its 200 pages. Here, the content works just in pockets due to which you keep waiting for something far more insightful and never-been-heard before. Since that doesn’t quite turn out to be the case, you don’t really get engaged right through the book and wonder if a true sanctioned autobiography on one of the most successful actresses of India would make for a better read one fine day.

Priyanka Chopra truly deserves that. As an actress par excellence who has survived on her own terms for a decade and a half now, there is so much more waiting to be told. Maybe that would indeed turn out to be the case when she decides to sit face to face in front of an author and be ready to answer all that is asked of her.