Ajay Devgn's Tanhaji - The Unsung Warrior has scored yet another feat. The film has gone past the lifetime number of his second biggest grosser till date, Total Dhamaal, in just 10 days. The multi-starrer comedy had gathered Rs. 154.23 crores in its entire lifetime when released early last year. Now the period war drama Tanhaji - The Unsung Warrior has already accumulated Rs. 167.45 crores and is still counting. That's a remarkable feat indeed as the Om Raut directed film is still running strong and has potential to cross many more milestones in time to come. 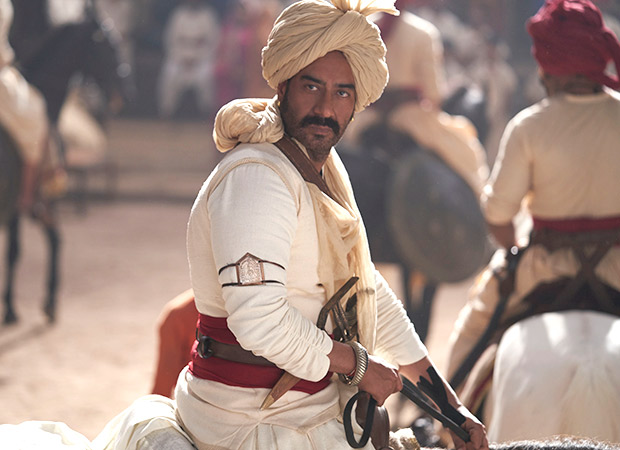 On Sunday, the film evidenced excellent growth as it jumped to Rs. 22.12 crores. This is now higher than the first day number which was anyways high at Rs. 15.10 crores. The trending is quite impressive for Tanhaji - The Unsung Warrior and now it would be interesting to see how do the weekdays turn out to be. These would be real regular days for the film which has been enjoying an uninterrupted run for 10 days now and if the film manages to hold on collections of around 70% when compared to second Friday [Rs. 10.06 crores], it would be indeed be brilliant.

The next major target for Tanhaji - The Unsung Warrior is an entry into the Rs. 200 Crore Club and going by the audience footfalls so far and appreciation coming the film's way, that feat too is definitely on the cards and that too in real quick time.

Ajay Devgn to star in Hindi remake of Tamil…