Each year we see a multitude of films hitting the big screen, while some make the cut to become success stories at the box office other meander on to wind up with a less than appreciative collections. Though the fate of celebrities relies on their eventual box office success, film production houses play the long game with multiple releases within a single year. In order to rank and bring in a sense of a leader board among production houses we take a look at their success ratio in terms of releases through the year, box office collections there from and an average performance review. 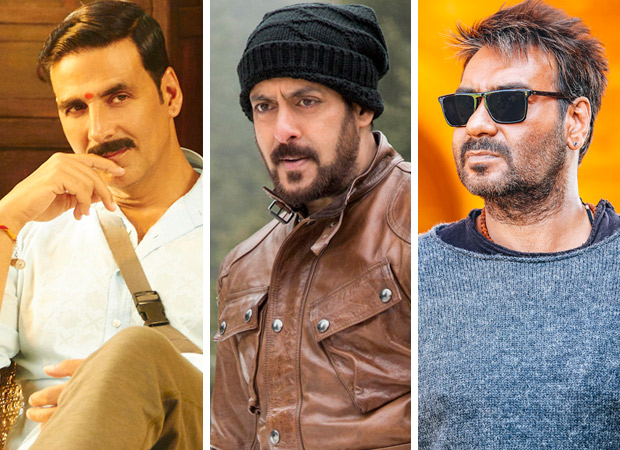 Leading the charge is Fox Star Studios with six releases two of which were produced and presented by them. Interestingly, the studio managed to draw in a massive Rs. 443.62 cr. from these six releases with an average of Rs. 73.94 cr. per release.

Following Fox is the mega production house Yash Raj Films that took off on a slow note with three of their four films viz. Meri Pyaari Bindu, Bank Chor and Qaidi Band under performing at the box office. However, redemption for YRF came in the form of the Salman Khan – Katrina Kaif starrer Tiger Zinda Hai that drew in a massive Rs. 339.08 cr., closing the year with a bang. In fact, thanks to the box office might of Tiger Zinda Hai, YRF ended 2017 with a total collection of Rs. 356.44 cr. with an average of Rs. 89.11 cr. per release.

The music giant T-Series that dominates the field when it comes to music, featured a staggering eight releases in 2017. However, it was only Hindi Medium that emerged as a sleeper hit and Baadshaho that featured an all-star ensemble cast that helped the production house draw in a total of Rs. 251.25 cr. in 2017 and claim the fourth spot.

Shah Rukh Khan’s own home production Red Chillies Entertainment comes in fifth with two releases viz. Raees and Jab Harry Met Sejal. While the first performed well at the box office the latter that also featured Anushka Sharma somewhat underperformed at the box office when compared to the expectations and hype surrounding it, leaving the production house with a total earning of Rs. 232.05 cr.