The much talked about and heavily promoted Akshay Kumar starrer Samrat Prithviraj hit screens today. Directed by Chandraprakash Dwivedi and also featuring Manushi Chhillar, Sanjay Dutt and Sonu Sood the historical drama has been making headlines in the run up to its release. But will the film entice the audience in theatres, or will it fade away without a mention is the question. 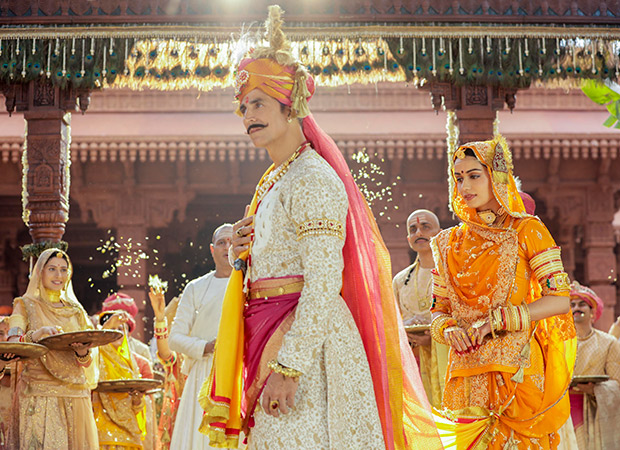 Reports suggest that Samrat Prithviraj has taken off on a decent note, with occupancy rates during morning shows pegged at a steady 20%. Given this opening and the fact that the film saw a rather low key spate of advance booking, predictions state that Samrat Prithviraj could see its opening day collections hovering around the Rs. 11-12 cr. mark. Released across 3750 screens (Hindi: 3550 + Tamil and Telugu: 200), the tax-free status Samrat Prithviraj has received in mass dominated sectors is expected to have a marginal impact on the business.

On the whole, while, the audience reaction for the film during morning and early afternoon shows has displayed a positive trend, trade estimates state that Samrat Prithviraj is likely to see an increase in footfalls over evening and night shows, but will also have to contend with the previous release Bhool Bhulaiyaa 2 continuing its box office run.