The entire team of Pati Patni aur Woh can gear up for celebrations party soon enough. After taking a superb opening of Rs 9.10 crores, the film further consolidated itself at the box office with Rs 12.33 crores more coming in. The first day numbers was quite good enough itself and with Saturday growth coming in, the indications are clear that audiences have accepted it well. Not that there was ever a doubt around that as Friday had anyways seen a constant rise in footfalls with every passing show. Still, the second day numbers are always a good barometer. 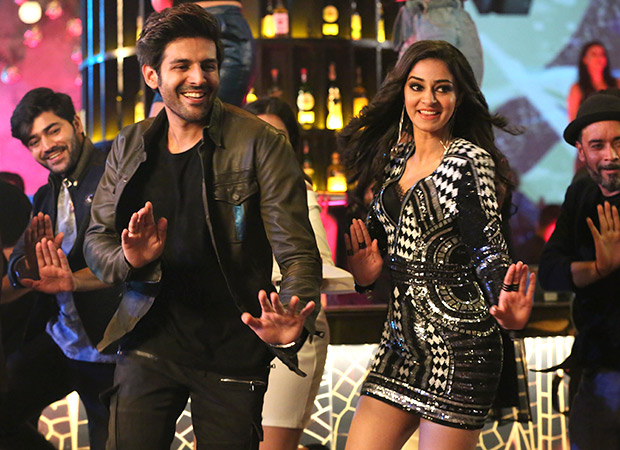 With this growth, the film has now accumulated Rs 21.43 crores already. There is a lot at stake for everyone associated with Pati Patni Aur Woh as Kartik Aaryan can now well gear up to score his biggest weekend ever. His Luka Chuppi, which released earlier this year itself, had scored a weekend of Rs 32.13 crores and now Pati Patni aur Woh will comfortably surpass that. As for Bhumi Pednekar, she is now set for a big one again after Bala. Meanwhile for newbie Ananya Panday, the film's success couldn't have been more sweetly timed as she bits adieu to 2019.

Meanwhile, director Mudassar Aziz would be looking forward to Sunday collections quite keenly as the film is set to be his biggest grosser inside three days flat. His Happy Bhag Jayegi had enjoyed the lifetime business of Rs 28.82 crores and now Pati Patni Aur Woh would score almost double of that in the first week itself.

Pati Patni aur Woh is a successful film for sure and days to come would decide how big does it eventually turn out to be.