Uri - The Surgical Strike, Manikarnika - The Queen of Jhansi, Gully Boy, Total Dhamaal and now Luka Chuppi - What a year it is turning out to be for Bollywood, what with films across varied genres finding audiences back in theatres in a big way. As a matter of fact except for Manikarnika - The Queen of Jhansi, each of these films has been running in theatres concurrently which is truly impressive. 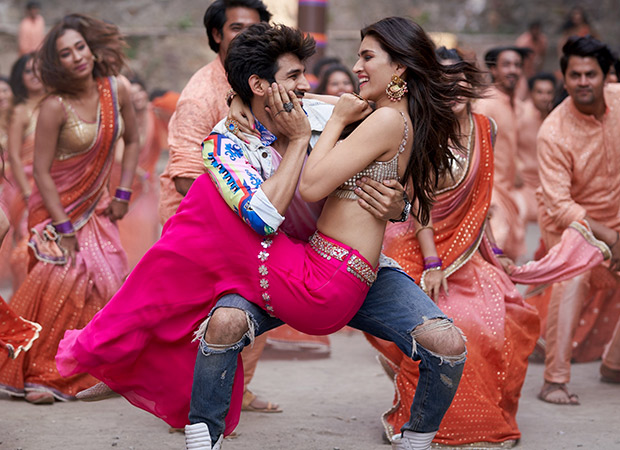 As for the latest release of the week, Luka Chuppi, it has scored a very good weekend of Rs. 32.13 crore. This was after Sunday brought in further Rs. 14.04 crore. The trending so far has been positive and the family audiences have picked the film as well, other than just youth been enticed by this subject put on screen by producer Dinesh Vijan and director Laxman Utekar.

For Kartik Aaryan, this is his second consecutive success in back to back years. What makes Luka Chuppi special is the fact that its weekend has emerged to be bigger than even Sonu Ke Titu Ki Sweety [Rs. 26.57 crore] which had emerged as a Rs. 100 Crore Club success. Before that his Pyaar Ka Punchnama 2 had brought in Rs. 22.75 crore over the weekend and then closed at a lifetime number of Rs. 64 crore. As things stand today, that number should be comfortably surpassed by Luka Chuppi within two weeks.

Meanwhile, Kriti Sanon would be eyeing a record of hers to be broken today. Her last release Bareilly Ki Barfi had a lifetime number of Rs. 34.55 crore and that number would be history today. Her next target would be for Luka Chuppi to cross Heropanti lifetime of Rs. 53 crore and that should happen in the current week itself.