The Shahid Kapoor starrer Kabir Singh released last week and opened on a good note. With positive reviews and good feedback from the audience the business of the film has seen a sharp increase in footfalls and collections. In fact, Kabir Singh that saw a limited release in the North America circuit has been performing exceedingly well, and has already managed to cross the USD 1 million mark in this territory. 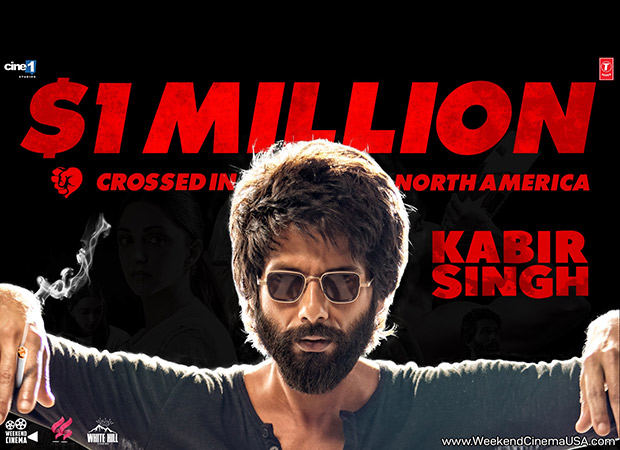 With USD 735,932 [Rs. 5.07 cr] coming in from USA and another USD 321,480 [Rs. 2.21 cr] from Canada the total collections of Kabir Singh at the North America box office are currently pegged at USD 1,057,411 [Rs. 7.28 cr]. With the business of Kabir Singh showing a positive trend in this territory the makers of the film have decided on increasing the screen count in the second week.

Now, with new location set to open in the second week, trade predictions are that the business of Kabir Singh is likely to see further growth in the North America circuit over the coming days.