As was pretty much on the cards, De De Pyaar De showed good jump in numbers on Saturday. The film had collected Rs.10.41 crores between Thursday paid preview shows and Friday, and on Saturday the collections rose well to result in Rs.13.39 crores coming in. The film is seeing good appreciation, especially from the urban centers and this is where the footfalls are seeing a rise as well. 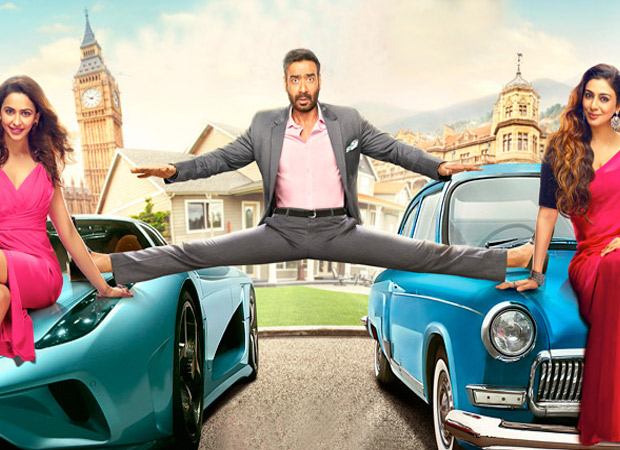 The Ajay Devgn, Rakul Preet Singh and Tabu starrer has collected Rs.23.80 crores already and now it's about carrying forward the momentum. The film needs to see further jump in collections now so that the overall total can come close to the Rs.40 crores mark. The manner in which this Akiv Ali film is managing to find its footing at theaters, this seems possible as word of mouth is spreading around the film's entertainment quotient.

A well made film with some really competent performances, De De Pyaar De deserves to do well as it has opened up conversations on a few taboo topics [divorce, re-marriage, live-in relationships] and is not just restricted to romance between a man who is in love with a girl half his age. Moreover, the fact that it has managed to do that as an entertainer is remarkable as well. While Sunday collections would hopefully turn out to be even better, sustenance would be the key for this Luv Ranjan film to cover further distance.