Tiger Shroff got back as Ronnie yet again with Baaghi 3 and the film has taken a decent start at the box-office. According to early estimates, the action drama has raked in collections in the range of Rs. 17.00 to 17.50 crore on its opening day, which is a fair start with mass belts dominating the collections. As expected, UP, Bihar, Gujarat, CI and other small centers have fired big recording the best opening since Salman Khan starrer-Dabangg 3. It is also the biggest opener of the year by going past Tanhaji: The Unsung Warrior, but that wasn’t really a task for a big budget action franchise like Baaghi. 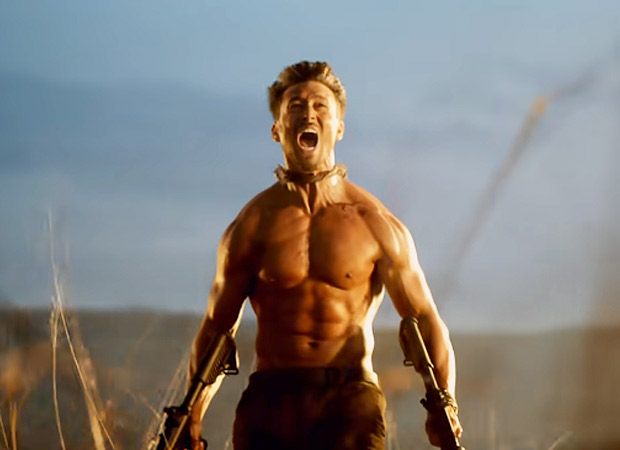 The multiplexes are relatively low, as the four national chains, PVR, Inox, Cinepolis and Carnival have collected approximately 7 crore on the first day, contributing around 45% to the day one’s business. They are more concentrated towards the cities, and in an ideal scenario the PICC contribution should have been anywhere in the range of 55 to 60% as that would have pushed the opening day biz closer to the 20 crore mark. As expected, Mumbai and Delhi were just about decent, but it’s the mass belt that made up for the deficit. It’s the Tiger Shroff factor that has worked in favour of the film to get the audience on board at the mass belts.

The film lost out on around 10% business due to the corona virus scare among the audience, and the fair value adjusted for the loss in biz on day one of Baaghi 3 is around the 19 crore mark. While the film struck chord with the target audience, the songs didn’t really work hampering the day one potential. Baaghi 2, which was a Good Friday release, raked in 25.10 crore on its opening day and this one has fallen much below that both in terms of collections and footfalls. Even the ticket rates are on the higher sides, as plexes went ahead with popular pricing, and the impact of this will be seen only as the word of mouth pops in.

The film is headed towards a weekend of above 50 crore, which should be a decent result, but it all boils down to the crucial Monday and the trend from thereon. The stakes are high, and the film needs to earn 150 crore to be in the black for the distributor, Fox Star Studios and that would be attained only with a positive trend. Baaghi 2 had a lifetime business of 160 crore plus, and it would be interesting to see where the film ends. A franchise usually moves forward to go a notch above the previous film, but at this point of time, there is no assurance if Baaghi 3 will be able to do that. The film will benefit due to partial holiday on Tuesday due to Holi, wherein the second half of the day acts like a national holiday. For now, it’s a wait and watch scenario.