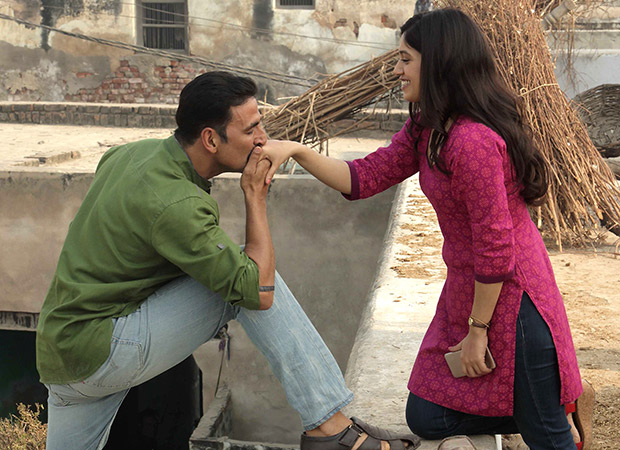 The Shree Narayan Singh directed film Toilet – Ek Prem Katha starring Akshay Kumar and Bhumi Pednekar released three weeks ago. After taking the box office by storm in its opening week the film continued to retain its hold on the audience’s attention over the next couple of weeks as well.

Now in its third week running, Toilet – Ek Prem Katha that conveys a relevant social message in an entertaining medium has managed to draw in a further Rs. 7 cr more. Interestingly, despite the competition from new releases that hit screens Toilet – Ek Prem Katha managed to collect around Rs. 4.5 cr over its third weekend and around Rs. 2.5 cr. on the weekdays. Another factor that severely dented the business of the film was the Hollywood horror flick Annabelle: Creations that has continued to run in theatres.

With this collection in its third week running the total box office collection of Toilet – Ek Prem Katha stands at Rs. 131.6 cr.