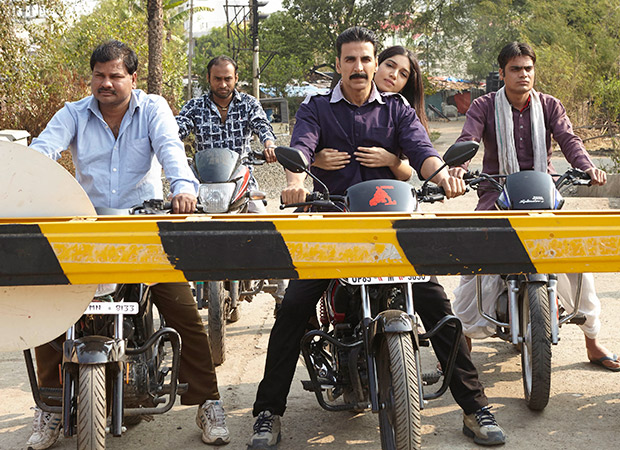 The Shree Narayan Singh directed film Toilet – Ek Prem Katha starring Akshay Kumar and Bhumi Pednekar in leading roles seems to be unstoppable. After opening to a good start a little over a week ago the film has seen its business hold steady at the box office despite new releases.

In fact, even across the border in Pakistan Toilet – Ek Prem Katha that combines a very relevant social message with entertainment has been doing well. In fact the film has managed to collect USD 354,664 [Rs. 2.27 cr] within the Pakistani market till date.

Though not much considering the fact that Toilet – Ek Prem Katha has released in Pakistan and is being received well the business of the film is likely to grow over the coming few days.