Thugs of Hindostan is continuing to go down at a rapid pace, what with Tuesday bringing in a mere Rs. 4 crore*. Though compared to Monday this may appear to be somewhat ‘normal’ fall, it is not really the case since the film is running in 5000+ screens. That makes these numbers look really horrific. 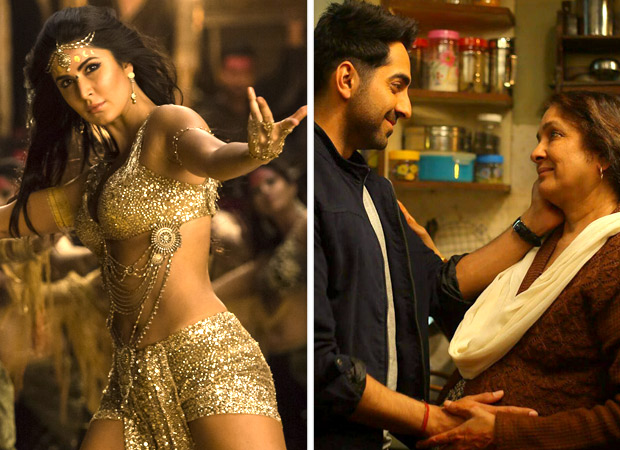 The film has collected Rs. 128.50 crore* so far in the Hindi version and at maximum one can expect the first week to close around Rs. 135 crore mark. Ideally these should have been the first three days collections of the film, especially if one considers the fact that Day One brought in Rs. 50.75 crore. DISASTER.

Meanwhile Badhaai Ho is continuing to do quite well. Even with a very limited number of screens, the film brought in Rs. 1.25 crore more. Currently standing at Rs. 118.10 crore, the film would be over Rs. 120 crore mark before it steps into the next week. This is where it will also go past Raazi (Rs. 124 crore) as there is hardly any competition around it. BLOCKBUSTER.