It is turning out to be a good run for Thackeray and Bollywood can well enjoy yet another addition to its winning season. On Sunday, the Nawazuddin Siddiqui starrer stayed good too as Rs. 6.90 crore [Hindi and Marathi] more came in. 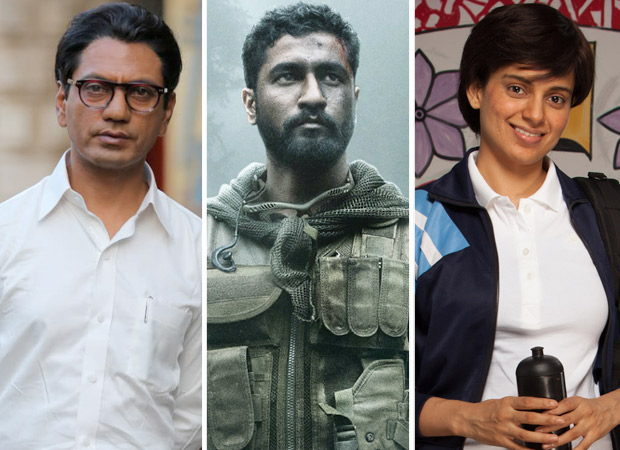 Currently, the film stands at Rs. 22.90 crore and even a reasonable trending from here would take it close to the Rs. 35 crore mark before the week comes to a close. Considering the fact that the film is a biopic and that too for a subject in question who enjoys prominence primarily in the Maharashtra region, these are fine numbers.

On the other hand Uri - The Surgical Strike has set yet another record as now it is officially the highest grossing film amongst the mid-budget affairs. So far the record was held by Tanu Weds Manu Returns which had collected Rs. 152 crore in its lifetime. However, it is the Vicky Kaushal starrer that is now sitting right at the top since the film has already amassed Rs. 156.83 crore. On Sunday, the film collected Rs. 9.20 crore more as a result of which this record has been achieved in 17 days flat.

With the film continuing to run so strong, one waits to see which are the next set of records that would be broken by this Aditya Dhar directed film.