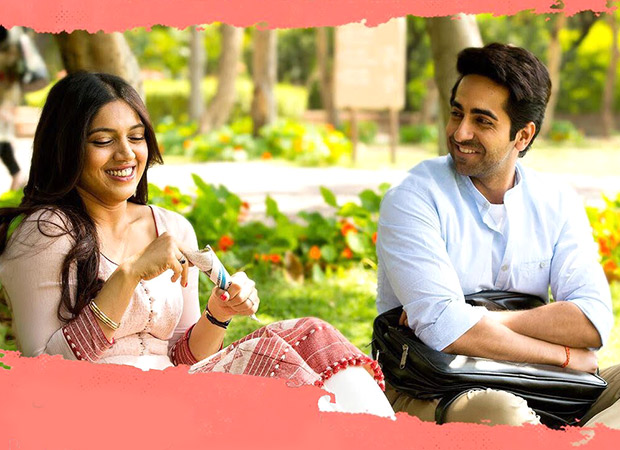 As expected, Shubh Mangal Savdhan saw an excellent increase in footfalls as Rs. 5.56 crore more came in. This was always on the cards considering the fact that the Ayushmann Khurranna and Bhumi Pednekar starrer is a multiplex film and with offbeat content that it boasts of, audiences typically begin to arrive on Saturday.

The film has accumulated Rs. 8.27 crore so far and the stage has now been set for a weekend total which should be in excess of Rs. 13 crore. As a matter of fact its prime competition would be Ayushmann Khurranna's own Bareilly Ki Barfi which is still in the running and had bought in Rs. 11.52 crore over the first weekend after the first day had stood at Rs. 2.42 crore. Now this Eros and Aanand L. Rai’s Shubh Mangal Savdhan would surpass this number quite comfortably and that would be the true testimony of the word of mouth standing in comparison.

That said, the fact also remains that Shubh Mangal Savdhan is a pretty safe film as well as far as the economics are concerned. The film has been made on a controlled budget and most of the cost has already been recovered through satellite and digital rights. In terms of theatrical revenue, the film would be in a green zone once Rs. 20 crore mark is crossed, which would be crossed in the first week itself.

What has to be seen though is how much traction does the film manages to gain in theaters since that would also be the deciding factor for such kind of experiments been tried out in time to come.