Saand Ki Aankh was in news ever since it was announced earlier this year. In fact not a week passed by when its leading ladies [Taapsee Pannu, Bhumi Pednekar] or the marketing and promotion team of the film didn't post something about it on the social media. Hence, from awareness perspective, the film was out there to be grabbed by the audiences. 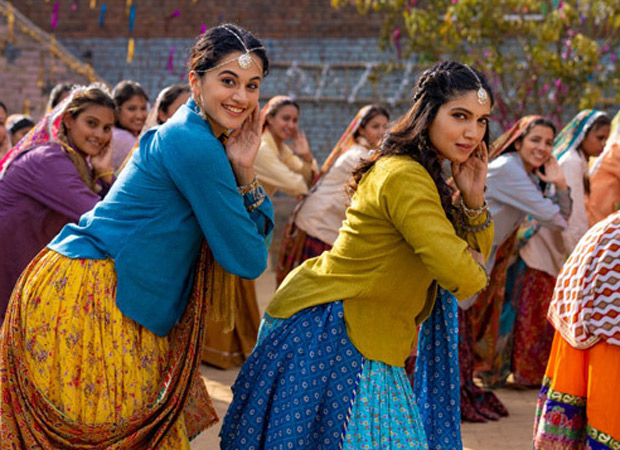 However, this Anurag Kashyap production was always going to be a niche outing and even though it was arriving on the Diwali weekend, one couldn't have expected a huge start. As a matter of fact had it released on a regular Friday, the collections would have been bigger due to two reasons. First and foremost it wouldn't have faced immense competition from a biggie like Housefull 4. Secondly, it wouldn't have been impacted by pre-Diwali celebrations and festivities.

Nonetheless, for now the collections stand at Rs. 0.60 crores and one just waits to see if these remain stable today and tomorrow, as normally collections further dip on or before Diwali. However, it is going to be Monday which would be the deciding factor and given the fact that the Tushar Hiranandani directed film has been critically acclaimed, it could well see a turnaround during the weekdays.