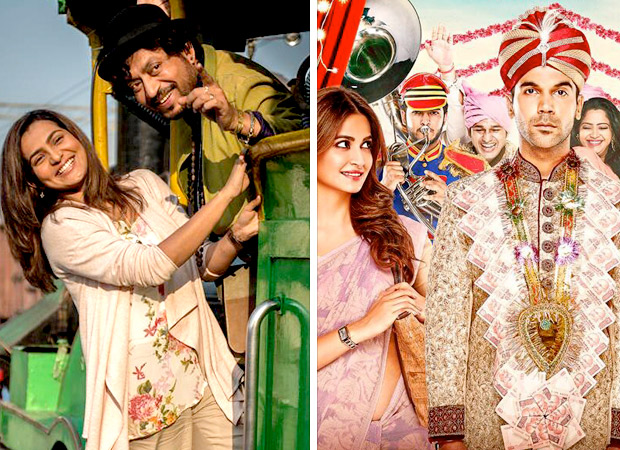 Neither Qarib Qarib Singlle nor Shaadi Mein Zaroor Aana were expected to set the Box Office on fire on their day of release. With the target audience exactly the same for both the films, it was always going to be an in-house battle, albeit on a much smaller scale.

This is what happened and though Qarib Qarib Singlle was still expected to see some kind of an opening, it wasn't really the case as audiences started coming in only in the evening and night shows. This resulted in the first day being just Rs. 1.75 crore. The reviews for the film are decent and word of mouth too is on the same lines, especially amongst multiplex junta. The Irrfan Khan and Parvathy starrer does have potential to grow and one waits to see if it manages to get into Rs. 9-10 crore zone over the weekend.

Other release of the week, Shaadi Mein Zaroor Aana, would definitely fall well shot of even Rs. 5 crore mark over the weekend since the start has been very low. The first day numbers read less than Rs. 0.75 crore and though there should be a some jump over the weekend, what is really needed is something remarkable since the opening has just not been there. Moreover, reviews as well as critical acclaim are also mixed which means it would all boil down to audience word of mouth. If the film's collections do not double up on Saturday, it would be a tough road ahead for the Rajkummar Rao and Kriti Kharbanda starrer.