Mission: Impossible - Fallout had the best collections of this Friday as Rs. 3 crore came in. Though this is a fall from around Rs.10 crore that the film had collected on its opening Friday, it is still fair enough since there would be good grown over rest of the weekend. The Hollywood biggie is now on course to be a Superhit at the Box Office and it would achieve that feat once the Rs. 75 crore milestone would be breached. 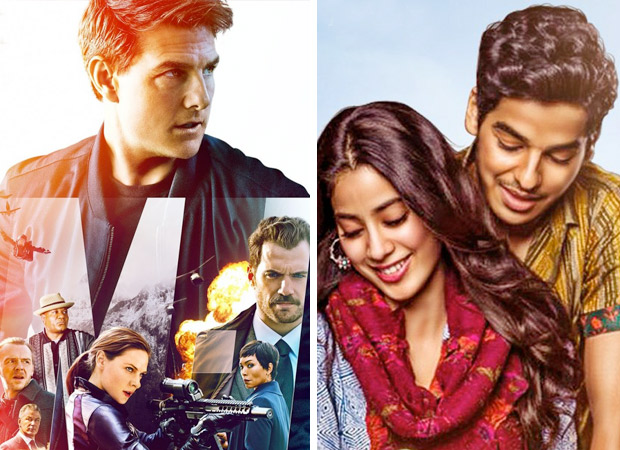 The film is far better than the newer Hindi releases Fanney Khan, Mulk and Karwaan, none of which could go past the Rs. 2 crore mark. Hence, the weekend is set to be quite high as well and the trend would continue into the weekdays as well. The film has collected Rs. 57.75 crore already and should comfortably surpass the Rs. 65 crore total before it enters the weekdays again.

Dhadak has slowed down, though it has done its job rather comfortably. The film collected Rs. 50 lakhs on its third Friday and frankly, one expected a better hold since at least Rs. 1 crore had come right till its second Thursday. Since there wasn't much competition from the newer Hindi releases, it had seemed that the third Friday numbers would be more around the Rs. 75 lakhs mark. However, a dip like this means the Shashank Khaitan directed film is now coming close towards the end of its run. The jump over the weekend, if at all it comes, would be the deciding factor for how much further would it go beyond Rs. 69.67 crore.