As expected, Manikarnika - The Queen of Jhansi jumped big on its third Saturday to bring in Rs.2.50 crore. With this the film's overall numbers have reached Rs.84.05 crore. In the process, it has also gone past the lifetime numbers of Gabbar Is Back [Rs.87.50 crore] which too was directed by Krish, though this one has Kangana Ranaut as the director too in the credits. 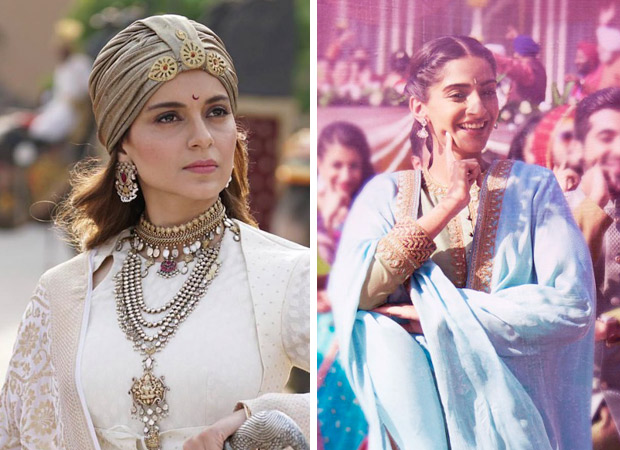 The film will comfortably go past Rs.90 crore today and then her into Rs.96-97 crore range by the time this week is through. Post that it should find some sort of numbers trickling in for next week which would take it past the Rs.100 crore mark.

As for Ek Ladki Ko Dekha Toh Aisa Laga, it has stayed on to be a poor show. The film could gather only Rs.50 lakhs* more on its second Saturday which is basically just a token number. The film hasn't worked even in major multiplexes of target major cities and that is quite disappointing. The film currently stands at Rs.20.58 crore* and would find some collections today before it is all over for it at the Box Office. Flop.