Both Kedarnath and 2.0 [Hindi] have stepped into the zone from where they would crossing lifetime of many other notable films in quick time. Let's talk about Kedarnath first. The film had a healthy weekend as Sunday numbers were good too. With Rs. 4.75 crore more coming in, the film has now collected Rs. 51.85 crore already. This has also allowed the overall collections to go past the lifetime numbers of 102 Not Out which stood at Rs. 52 crore. This feat has been accomplished by the Sushant Singh Rajput and Sara Ali Khan starrer in just 10 days. 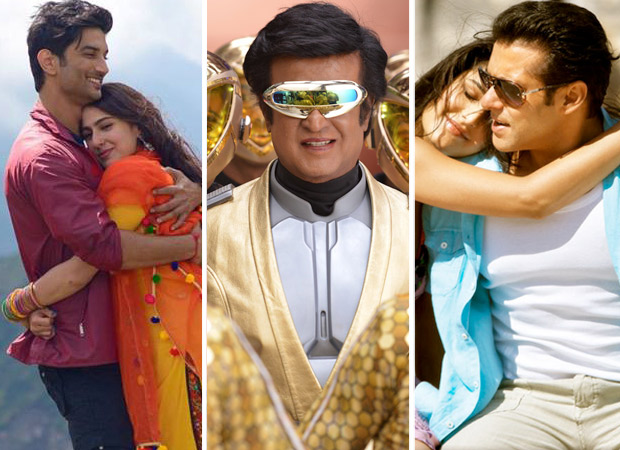 The pace at which the film is currently going, it should go past Rs. 60 crore mark this week. Post that whatever numbers that come in would be added bonus as Zero would be practically playing at almost all screens.

Same holds true for 2.0 [Hindi] which has this week to gain as much moolah as it can get. With Rs. 2.75 crore more coming in on Sunday, the film now stands at Rs. 183.75  crore. The next big milestones for the film are the lifetime numbers of Bajirao Mastani [Rs.188 crore] and Yeh Jawaani Hai Deewani [Rs. 188.92 crore]. That too should happen before the close of third week and further to that Rs. 5-6 crore more are expected to be added to the total.

The only other film which was stranded in the 190s in its quest for a double century was Ek Tha Tiger [Rs. 199 crore] and 2.0 [Hindi] could well be the second only such film in the list.