There isn’t much happening for the new releases at the Box Office as the required jump is missing. Friday collections were way too low and hence Saturday numbers had to be double for at least a couple of films so that something could have come of out such a wide range of films. The same trend had to then follow on Sunday as well. That hasn’t really turned out the case to be as footfalls have just not been there. 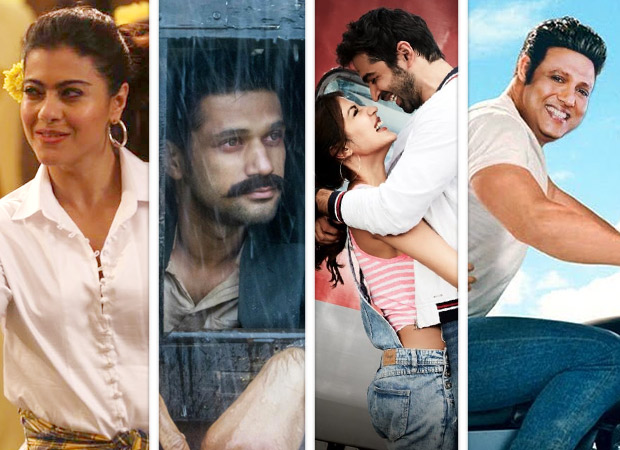 Helicopter Eela has been collecting the best of the lot but then considering the fact that Kajol is leading the show, a lot more is expected out of it. Sunday did see growth with Rs. 1.25 crore coming in. However at least Rs. 1 crore on Saturday was the need of the hour. Later on Sunday the film collected on similar lines and as a result currently it stands at Rs. 2.85 crore.

Tumbbad saw a hike in numbers with Rs. 1.15 crore coming in on Saturday and then later Rs. 1.45 crore on Sunday. Though it is relatively small budget film, it would still require some sort of theatrical revenue too so that it justifies its release. Standing at Rs. 3.25 crore, the horror drama would require good stability right through the weekdays.

FryDay is rightly been hailed as a Govinda entertainer after ages. However numbers aren’t in lines with the kind of merits that director Abhishek Dogra has brought on the table. The film’s overall total is still very low at Rs. 0.55 crore. This is one of those films which would perhaps find more traction when it would see re-runs on the satellite medium.

Jalebi is a lost cause as there is hardly any appreciation or enhanced footfalls coming its way. The Bhatt production has reached Rs. 0.60 crore but then would need some sort of miracle to see anything eventually happening for it, now that the weekend is through.