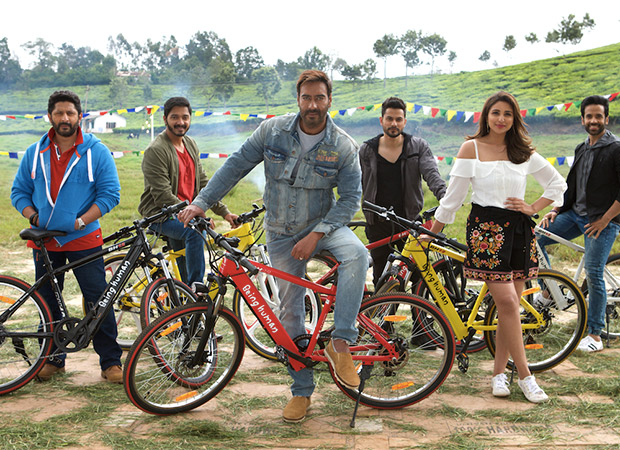 It is time for Golmaal Again to take on the big boys. The game has now moved on from the just an opening day or an opening weekend phenomenon. The film is now challenging the lifetime numbers of the best of 2017, and that too in the quickest time possible. Though it was just the Baahubali 2 [Hindi] phenomenon that had set the benchmark for records during the year, finally there is a Hindi film as well which is keeping the record keepers busy.

This can well be seen from the fact that the Ajay Devgn starrer has now accumulated Rs. 87.60 crore over the weekend already. With this, it is already well inside the list of Top-10 grossers of 2017 when it comes to the lifetime numbers, and there are bigger milestones set to be achieved before the Week One comes to a close.

Here is looking at how lifetime collections of some of the biggest Hindi grossers have looked like in 2017:

As can be seen, the film is now just a few crore away from its nearest competition, while the lifetime numbers of Tubelight are expected to be surpassed today. That would bring the multi-starrer horror-comedy into a zone from where it is a matter of time before Raees, Judwaa and Toilet - Ek Prem Katha collections are challenged as well, each of which scored in an upwards of Rs. 130 crore.

Will that happen within one week itself for Golmaal Again? Yes, very likely, and that would be one proud feat indeed for the film which is now aiming for a humungous total indeed before Padmavati hits the screens on 1st December.