This is one of those rare times when two Hollywood films are running in parallel in India and both are bringing in numbers. Fast & Furious Presents: Hobbs & Shaw had a good weekend of Rs. 42.90 crores and all eyes were on how it holds up well on Monday. Though it would have been great had the fall been restricted to 30-40%, it was more as Rs. 6 crores* came in after Friday collections of Rs. 13.15 crores. 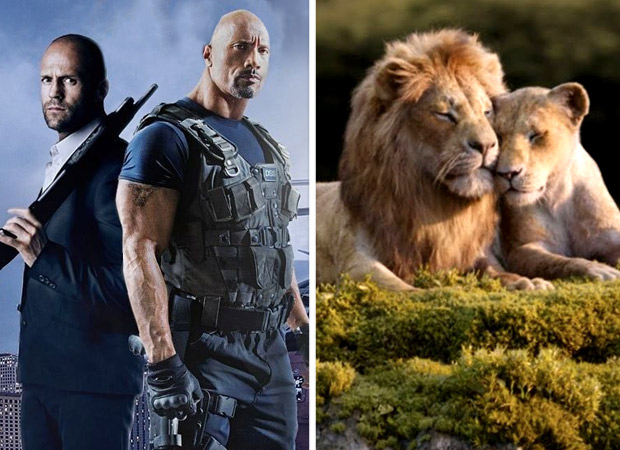 The numbers are there and the Hollywood action entertainer is also practically the highest grossing film amongst all others in the running. Still, this was one was potentially a Rs. 100 Crore Club entrant in the offering and looks like it won’t be able to reach there. So far it has collected Rs. 48.90 crores* and now it needs to be really stable for the rest of the week.

As for The Lion King, it has steady footfalls going in its favour and that was apparent yet again on Monday. The collections were around Rs. 1.25 crores* and that’s a good hold when compared to Friday numbers of Rs. 1.76 crores. So far, the Hollywood animation flick has collected Rs. 140.45 crores* and is inching its way towards the Rs. 150 crores milestone. Superhit.