Hollywood releases Fast & Furious Presents: Hobbs & Shaw and The Lion King have yet another week to their disposal before Bollywood strikes back big with Mission Mangal and Batla House on Thursday. 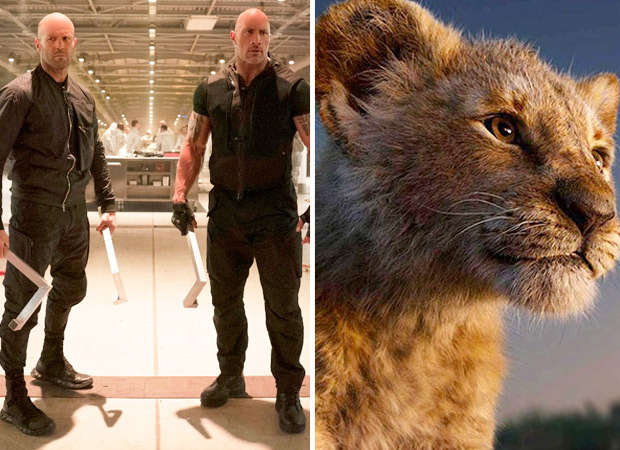 Fast & Furious Presents: Hobbs & Shaw has seen a rather fractured run for itself as after a good weekend, it has slowed down considerably. However, lack of competition in the current week has allowed it to hang in there for a few more days. On its second Friday, the film collected Rs. 2 crores* more which has pushed its overall total to Rs. 62 crores*. There would be growth today and tomorrow as well which would allow it to comfortably go past the rs. 65 crores mark before the weekdays arrive. However, the film's overall lifetime would be just a little in excess of Rs. 70 crores.

On the other hand The Lion King has seen far better stability on its fourth Friday. On the third Thursday, the film had collected Rs. 1.02 crores and now on Friday it has managed Rs. 0.80 crores* more. As has been the trend with this Hollywood animation affair ever since its release, there would be big jump today and then further soaring tomorrow which would add on well to its total.

So far, The Lion King has collected Rs. 144.76 crores* and the overall collections would be around the Rs. 148 crores mark before the weekend comes to a close. Post that it would be all about stretching its way to the Rs. 150 crores milestone before Bollywood biggies arrive on Independence Day. Blockbuster.