It was a good Saturday for all three releases in the running as Thappad, Shubh Mangal Zyada Saavdhan and Bhoot Part One - The Haunted Ship showed good growth when compared to Friday. It can also be attributed to the fact that neither of the three releases is doing huge business and is playing in mid range, as a result of which the audiences is getting divided as well when it comes to the footfalls. 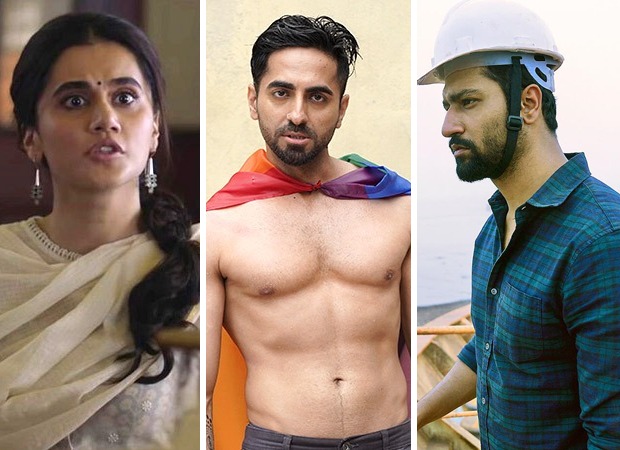 Let's talk about Thappad first. The film collected Rs. 5.05 crores on Saturday, though given the kind of media appreciation and support that it gathered, ideally this should have been the first day number. Nonetheless, there is growth when compared to Rs. 3.07 crores that the Anubhav Sinha directed film had gathered on Friday, which means an overall fair weekend is on the cards. So far, the film has collected Rs. 8.12 crores.

Shubh Mangal Zyada Saavdhan too jumped from Rs. 2.08 crores to Rs. 3.25 crores on Saturday. The film had started well on its first Friday but post that the momentum couldn't be sustained beyond the opening weekend. It is managing to find some audiences for itself though and that's something which has allowed Rs. 50.17 crores to have come in so far. Today, the film will go past the Rs. 54 crores mark and Rs. 60 crores milestone would be achieved during the third weekend.

As for Bhoot Part One - The Haunted Ship it should manage to cross Rs. 30 crores mark before the close of second week. The total of this Bhanu Pratap Singh directed film stands at Rs. 26.95 crores*. The Vicky Kaushal starrer showed good jump from Friday [Rs. 1.02 crores] to Saturday [Rs. 1.75 crores*] and today it will comfortably go past Rs. 2 crores. After that it will be just a matter of time before Rs. 30 crores milestone is achieved by the Karan Johar production.