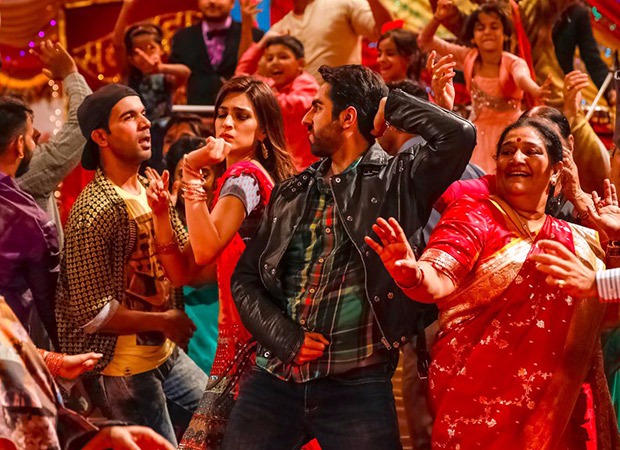 Bareilly Ki Barfi has held well on Monday, what with 1.85 crore more coming in. If one looks at Friday which had brought in Rs. 2.42 crore, the Ayushmann Khurranna, Kriti Sanon and Rajkummar Rao film is now finding an audience for itself and what holds most prominence is how well does it sustain in rest of the weekdays.

With Rs. 13.15 crore as its total so far, the film is playing well in a field that also has other players like Annabelle: Creation and Toilet - Ek Prem Katha involved. With a new Hollywood release on one side and an established Bollywood release on the other, it is pretty much a sandwich situation for the Ashwini Iyer Tiwary film. Still, it is doing well enough to hold its ground instead of caving away.

The film has already gone past the lifetime numbers of Ayushmann Khurranna's last release Dum Laga Ke Haisha in four days flat, and that's a reason good enough for him to smile. It also sets himself well for his next release Shubh Mangal Savdhaan. Incidentally, the situation for him is pretty much similar to what had happened a couple of years back when his Hawaizaada and Dum Laga Ke Haisha had literally arrived back to back. The gap this time around is a mere two weeks and there is a good enough probability that at certain multiplexes both his films would be running in parallel on different screens!