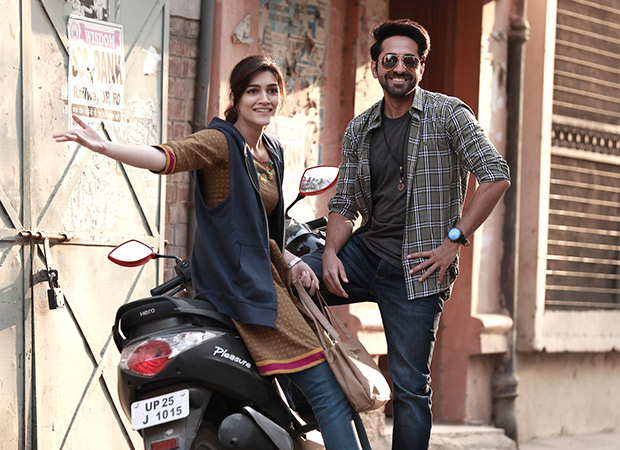 Last few months haven't been too kind on films, be it big, medium or small budgeted. Hence, there is a lot of apprehension in store every Friday. This is the reason why when Ashwini Iyer Tiwary's Bareilly Ki Barfi released and didn't quite take an opening of sorts in the morning shows, one wondered whether it would survive well over the weekend. Thankfully, all such doubts have been raised to rest since the film has managed to find some sort of audience for itself.

This reflected in the weekend collections that currently stand at Rs. 11.30 crore. Though these may not sound like major numbers, one needs to see this in the context of the cost at which the film is made. For a  mid-budget film like these, even these are fair numbers as they at least give a chance for it to stay on during the weekdays. As a matter of fact these numbers are in the same range as the weekend of other similar genre films like Dolly Ki Doli [Rs. 10.76 crore] and Happy Bhag Jayegi [Rs. 10.71 crore].

The Ayushmann Khurranna, Kriti Sanon and Rajkummar Rao film has some massive challenge though since competition is not just from Toilet - Ek Prem Katha but also Hollywood horror flick Annabelle: Creation which has come out of nowhere and is stealing away a large chunk of the audience.

It would now be interesting to see if the Monday collections stay on to be at least Rs. 1.75 crore since that's the least which is required if the film has to step into the second week with a reasonable number of screens.