Badhaai Ho is continuing to rake in moolah with Tuesday turning out to be good as well. The film collected Rs. 5.50 crore more and with this the total has reached Rs. 56.85 crore. The film is pretty much set to enjoy one of the best first weeks of 2018 and amongst medium budget releases, it would be finding itself amongst the top affairs. 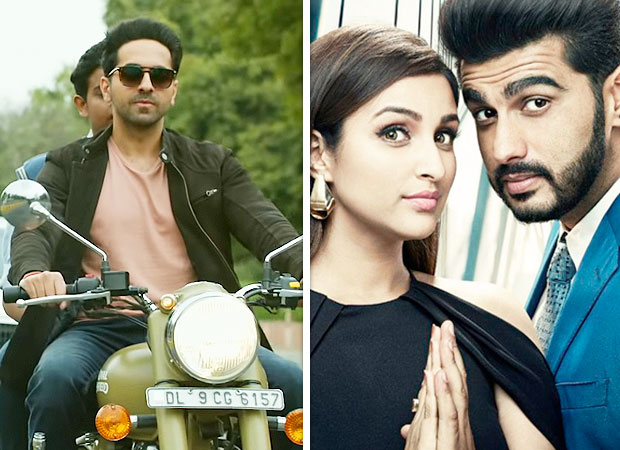 For Ayushmann, it is a double bill to be cherished as the collections of Badhaai Ho are now on the same lines as Andhadhun which is still in the running. Of course Badhaai Ho is set to go way past Andhadhun by a huge distance but the good news is that between the two films, Ayushmann is set to enjoy a Box Office run of close to Rs. 175 crore. That would be more than what Salman Khan has delivered with Race 3 or Tiger Shroff has enjoyed with Baaghi 2. Nonetheless, let me talk about it in more detail when this feat is actually accomplished.

On the other hand Namaste England is now competing with some of the biggest theatrical disasters of the recent times. One can’t remember when was the last time a big budget film faced the ignominy of folding up under Rs. 10 crore lifetime, something that Arjun Kapoor and Parineeti Chopra film is facing. With mere Rs. 40 lakhs more coming in, the film is standing at Rs. 7.45 crore. For a reasonably marketed film with a good all-around awareness and release, the collections are just not there at all. Rest assured, the Vipul Shah directed film would hardly be in the running in the second week.