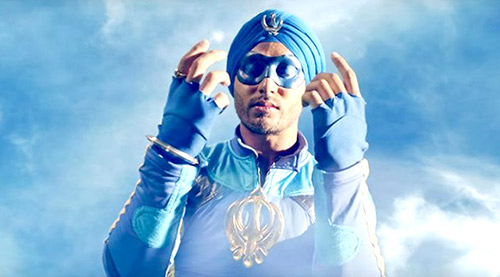 There was good hope that A Flying Jatt showed when it escalated over the weekend. Though the jumps were not too big, they were substantial enough to promise some spark that the weekdays may demonstrate. That unfortunately didn't happen though as the film didn't just slide on Monday but continued in that mode right through the week. As a result, the film collected 36.85 crore which is low, considering the fact that Tiger Shroff comes with much better credibility today. Ideally, these should have been the collections of the first four days of the extended weekend but these numbers have come in eight days.

Everyone associated with the film would well be moving on from here. Tiger Shroff has Student of the Year 2 and Baaghi 2 coming up next. Jacqueline Fernandez is already working in her next with Sidharth Malhotra and may be seen in Judwaa 2 as well. Remo D'Souza would next be directing the Ajay Devgn and Sooraj Pancholi starrer. On the other hand Balaji would be concentrating on the release of their next biggie, Half Girlfriend.

As for A Flying Jatt, it would eventually go past 40 crore lifetime but that's about it. One definitely expected better from it.

Meanwhile, after its third week, Rustom has brought in 124.72 crore. The film has one more week to bring in some moolah and come as close as possible to the 130 crore mark. Superhit.

On the other hand Happy Bhag Jayegi stands at 24.52 crore after two weeks. It has turned out to be a coverage affair for its makers and is eventually a plus outing.