Bhool Bhulaiyaa 2 has shown an excellent jump in collections on the second day as according to early estimates the movie has collected in the range of Rs. 18.25 to 20.25 crores, taking the two day total in the upside of Rs. 32 crores. There has been a uniform growth of about 35 to 40 percent on the second day, and this is a sign of acceptance from the audience. 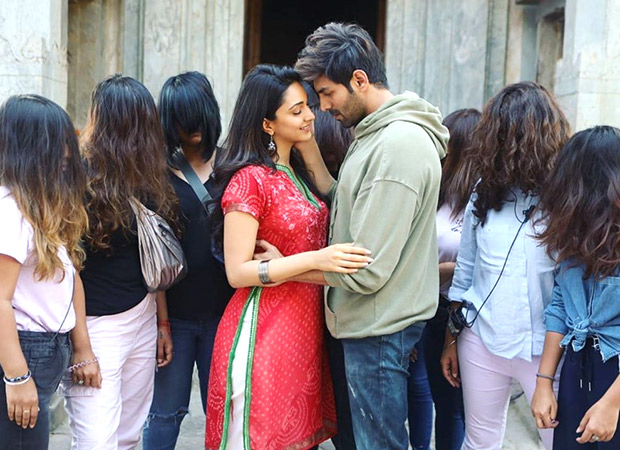 Interestingly, Mumbai city has taken the collections to the next level as the shows from Saturday evening onwards were running at occupancy as high as 70 percent, which is one of the best ever in the pandemic. The growth in collections on Saturday will be consolidated further with a growth tomorrow, as we expect the business to grow by at-least 25 percent on Sunday. This would mean an excellent opening weekend of around Rs. 57 crore.

Bhool Bhulaiyaa 2 is a hit, and now it remains to be seen if this Anees Bazmee directed comedy becomes a super hit or a blockbuster in the long run. It will put up the biggest opening weekend total for a Kartik Aaryan film, in-fact, one of the biggest till date for the leading lady, Kiara Advani as well. The weekend will be in the same range as Kiara's 2019 comedy, Good Newz.

Both the audience and critic response is positive and the trend in collections on Saturday is a reflection of this. The audience was craving for an out and out entertainer from Bollywood and it's this film that has got the audience back in big numbers for the Hindi Film Industry. Kudos to Anees Bazmee, Kartik Aaryan, Kiara Advani and the producers, Bhushan Kumar and Murad Khetani for bringing the industry back to life with this horror comedy.

EXCLUSIVE: Varun Dhawan wants to do a film…