Hollywood's Avengers: Endgame has beaten the biggest and the best of the biggies that have come from Bollywood's superstars. With its phenomenal opening day of Rs. 53.10 crores, it has gone past the all-time highest opening numbers of all Khan starrers. 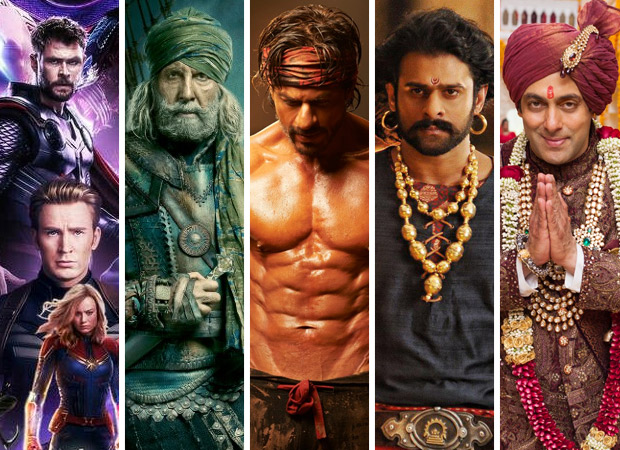 Each of the three Khans have major records to their name, as Aamir Khan scored his biggest ever day with Thugs of Hindostan [Rs. 52.25 crores], Shah Rukh Khan's Happy New Year [Rs. 44.97 crores] held on to the opening day record for really long and Salman Khan's Prem Ratan Dhan Payo [Rs. 40.35 crores] fell just short. However, when it comes to the Hindi films, Khan trio continued to demonstrate its dominance.

Surprisingly though, it is the biggest record amongst the three which has taken the quickest to be decimated, as Thugs of Hindostan saw a Diwali release for itself [November 8, 2018] and is now history in less than six months.

As a matter of fact the only other film in Top-5 list is the Hindi version of Baahubali 2 as that's the only other film to have gone past the Rs. 40 crores mark on its first day. Of course if one accounts for Tamil and Telugu versions as well then the number would be much bigger. However, while the other three films in this list saw a token release in Tamil and Telugu, Baahubali 2 was different as it was spread rather evenly across all languages, and hence also arrived at a much larger number of screens in total. Same was the case with 2.0 as well.

Nonetheless, a Hollywood film has come and set this record, and it would be interesting to see if this would be surpassed by a Khan starrer or some other superstar in time to come.

Thugs of Hindostan - Rs. 52.25 crores (including Tamil and Telugu)